Dolphins aim for three out of three 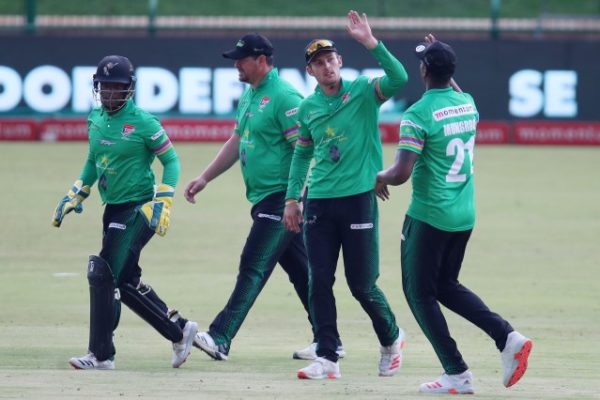 13 Jan Dolphins aim for three out of three

Posted at 09:54h in Domestic by admin@csa

POTCHEFSTROOM: Part two of Group A in the 2020/21 Momentum One-Day Cup is set to resume on Thursday when the unbeaten Hollywoodbets Dolphins take on the Momentum Multiply Titans in their bio-secure environment (BSE) at Senwes Park in Potchefstroom.

The first block of fixtures in the three-team pool took place on Saturday, Sunday and Monday with the second part now set to play out over the coming three days, although rain is threatening to play spoilt sport.

Imraan Khan’s reigning champions beat the Titans and the VKB Knights in their first two games, with the two losers forced to then settle for shared points after their game was abandoned on account of the wet weather in North West in match three.

It means the Dolphins have already qualified for the semi-finals, but their assistant coach Quinton Friend insists they had no intention of taking the foot off the pedal.

“I think this third game is still a massive one for us,” he said. “We want to make sure we secure top spot in the group. That is obviously the focus at this stage.

“If we look towards the semi-finals there’s no reserve day, so if the games do rain out then the team that’s on top of the pool goes straight to the final. That is our vision for now, ensuring we can secure top spot and continue to play good cricket.

“I think we might have a look at experimenting depending how game three goes, maybe giving some of the guys an opportunity in game four. But that’s only on Saturday and for now we only want to think about the Titans.

“We know they’ll be hurting after that first game and we expect they will come out hard against us tomorrow.”

The men from KwaZulu-Natal crushed their Centurion-based rivals in the competition opener by a record 76 runs. Not only did they win with a bonus point, but to add insult to injury the Titans ended the match by being docked a point for a slow over-rate.

Their assistant coach Geoffrey Toyana conceded it has been a tough beginning to the campaign.

“It was a very below-par performance and we got punished for taking the foot off the pedal,” he said. “We’ve sat down as a group after the game and I’m sure from tomorrow you’ll see us trying to right the wrongs from that first game.

“The Dolphins have played some good cricket, but for us it’s about trying to bounce back and improve on the way we played in match one. We’re looking forward to the challenge.”

Rain has continued to pour all week in Potch, and with more wet weather still predicted, it means the game is in doubt.

However, should they play, Knights coach Allan Donald, whose side lost their only game so far to the Dolphins by 53 runs, will be watching Thursday’s fixture keenly.

His side end with back-to-back games, against the Titans on Friday, followed by a match-up with the Dolphins on Saturday.

“We all know what we’re against and there’s nothing anyone can ever do about the weather,” Donald said. “We’re just hoping that we can get out there later in the week and have some cricket.

“We played well in patches in that first game and I think it was a classic case of not playing the big moments well that cost us.

“We’re sitting now in a situation with two points on the board after two games and not knowing how the rest of the week will play out. But whatever it is, we have to be ready to play and do better than we have done so far,” concluded Donald.