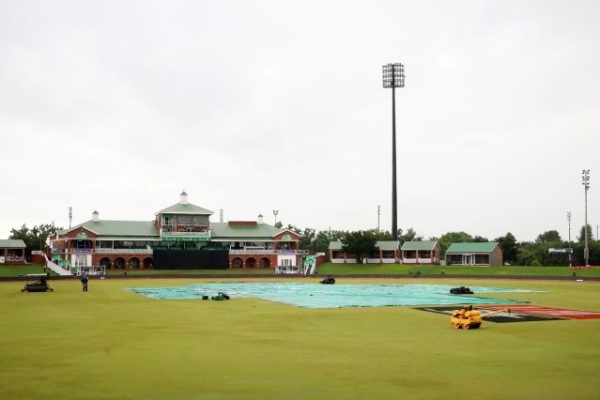 Posted at 09:57h in Domestic, Titans, VKB Knights by admin@csa

POTCHEFSTROOM: Heavy overnight rain followed by more wet weather on Monday morning forced match three of the Momentum One-Day Cup between the VKB Knights and Momentum Multiply Titans to be abandoned without a ball being bowled in at Senwes Park in Potchefstroom.

The two teams were both searching for a first win of Group A after losing out to the Hollywoodbets Dolphins over the weekend, but their prospects of reaching the play-offs were dented by the washout.

Rain began to fall immediately after Sunday’s match, subsequently drenching the outfield. The covers did eventually come off around lunchtime, but despite the ground staff’s best efforts, umpires Mazizi Gampu and Shaun George decided to call off the game due to the wet outfield.

The four points on offer were shared by the two teams, meaning they are both now off the mark. The Central Franchise have two points from their two matches and their Centurion-based opponents have one from two, having been docked a point for a slow over-rate against the Dolphins.

The KwaZulu-Natal team head the pool with a total of nine points.

All the matches in the competition are taking place in a bio-secure environment (BSE) in the North West town.