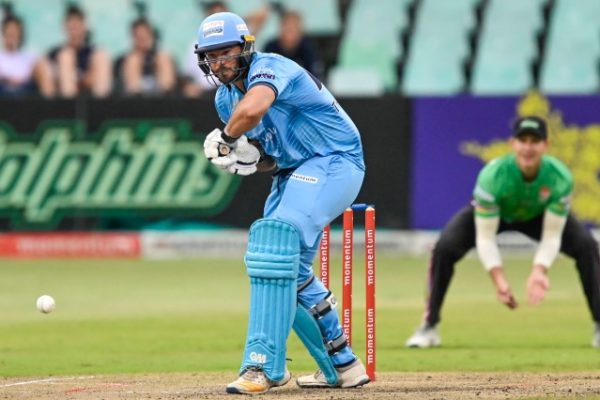 Posted at 10:14h in Domestic by admin@csa

POTCHEFSTROOM: The 2020/21 Momentum One-Day Cup begins this weekend with a tight fixture list set to test all six teams that will enter the bio-secure environment (BSE) at Senwes Park in Potchefstroom over the coming few weeks.

Three of those teams have already locked themselves into the North West facility and will face off against each other in Group A over the seven days.

They are led by defending champions the Hollywoodbets Dolphins, who open the competition with a clash against the Momentum Multiply Titans on Saturday and then take on the VKB Knights on Sunday.

The tournament was initially scheduled to be played as a regular countrywide event, but due to the Covid-19 second wave, it will instead be held behind closed doors to minimize the risk of transmission of the virus.

“It does change the preparations a little bit because if it was a normal season the matches will be spread out and you’d play home and away in different conditions,” Dolphins coach Imraan Khan stated, from the BSE in Potchefstroom.

“But this move kind of simplifies things playing here in Potch. I think that’s the biggest difference in terms of preparations.

“It’s tough times out there at the moment so I think CSA has made the right call to play in a bubble.”

The Dolphins did win the title last year when they impressed by topping the pool phase, before being declared champions when Covid-19 struck in March prompting an end to all sporting activity.

“We’re looking forward to defending our title,” Khan said. “Are we feeling any extra pressure? No we’re not.

“The focus is on ourselves and how we want to play and execute over the course of the four games. What happened last year is gone, it’s a new season, a new slate and we want to try and win the competition.”

As for their opening opponents, the Titans, Khan added: “It’s always a competitive fixture, I think every game at this level is competitive, so it’s going to be a tough one, but we’ll be ready for it. “

Opposite number, Mandla Mashimbyi meanwhile, believes all the teams playing in the competition should feel privileged considering the situation in the country currently.

“Being in the bubble isn’t too bad, I think everyone has adjusted nicely. We’re happy that everyone is in good health after negative tests were returned.

“We’re fortunate as it is to be out here and to be given the opportunity to play. We’re going to embrace this chance to do what we love.”

Mashimbyi also urged his team to focus on themselves and try to produce good results in the coming days.

“It’s a new competition with new challenges of its own. We want to focus on our strengths and trying to do that is what we’ll be doing. We’re not worried about the opposition, if can execute the way we know we can, all the other processes will take care of themselves.”