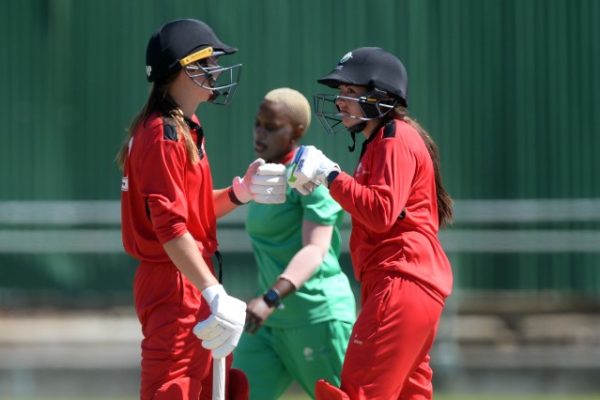 Half centuries by Momentum Proteas pair Faye Tunnicliffe and Sune Luus followed by a late Starlights meltdown helped the Duchesses claim their first victory of the Women’s Super League (WSL) when they edged to a nail-biting one-run win in Cape Town on Wednesday.

There was also a thrilling competition-high 72 off 44 balls (8 fours, 3 sixes) by Lizelle Lee as she finally found form, but it was not enough as 150 for three played 149 for four at Six Gun Grill Newlands where Martelize van der Merwe’s girls claimed a first win of the week.

On a fine day in the Mother City, the Duchesses finally had an opportunity to set the target for a change after Luus won the toss and opted to bat first.

The pair put on 103 for the second wicket, before both fell to Tatum le Roux (2/32) late one, although by then the damage was done with a target of 151 set.

South Africa’s star opener Lee had endured a tough first two games, but she showed her class in game three by leading the chase.

In a strong opening stand alongside Andrie Steyn (44 off 45 balls), the two put on 113 in 13.3 overs, setting their side up for what looked an almost certain victory at that stage.

Even though they lost Lee at that point, Claire Terblanche’s charges reached the 15 over mark needing only 33 from the last 5 overs with nine wickets still standing.

But a combination of tight bowling by Alyssa Elxlebben (2/23) and Paulinah Mashishi (2/22) as well as the pressure of the chase lead to them losing their way.

Nicole de Klerk (17 not out off 11 balls) brought the equation down to 12 runs from the last over and then six runs from the final three balls, but Zintle Mali (0/24) bowling a the death held her nerve.

All the matches at WSL 3.0 can be watched live on the CSA YouTube channel.