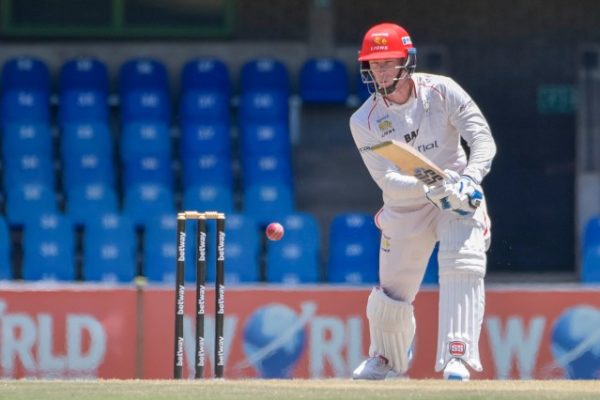 Posted at 11:47h in Domestic by admin@csa

Rassie van der Dussen recorded his 17th career century but the Imperial Lions were still in trouble after the third day of their 4-Day Domestic Series encounter against the VKB Knights in Bloemfontein on Tuesday.

The Proteas batsman made a welcome return to red-ball form by scoring an unbeaten 107 (203 balls, 11 fours, 3 sixes) as the reigning champions were made to follow on at the Mangaung Oval.

This after they were dismissed for 262 thanks in the main to Shaun von Berg’s persistence that ended with his 22nd career five-for – a return of five for 93 – before the visitors then reached an early stumps that was brought upon by rain on 43 for two.

Crucially, Van der Dussen was amongst the two wickets to fall, leaving the Lions still 167 runs behind and with a big ask ahead on the final day to try and salvage something from the game.

The Johannesburg-based outfit started day three on 124 for two and continued to make good progress early on.

Wesley Marshall was first to go when he was trapped leg before wicket by Von Berg for 38 following a 63-run third-wicket partnership with Van der Dussen.

Wiaan Mulder (19) added a further 41, before he handed Duan Jansen (1/47) his first wicket at franchise level.

However, from 199 for three it all went pear shaped for the visiting team as the remaining seven wickets went down for 63 leaving Van der Dussen stranded.

The Lions were then asked to bat again after trailing by 210 and they found themselves in early trouble when Von Berg dismissed Marshall for the second time in the day, this time bowling him for two.

Jansen then grabbed the key wicket of Van der Dussen (14) with what turned out to be the final delivery of the day, before rain brought an abrupt end to proceedings with more than 30 overs still to bowl.