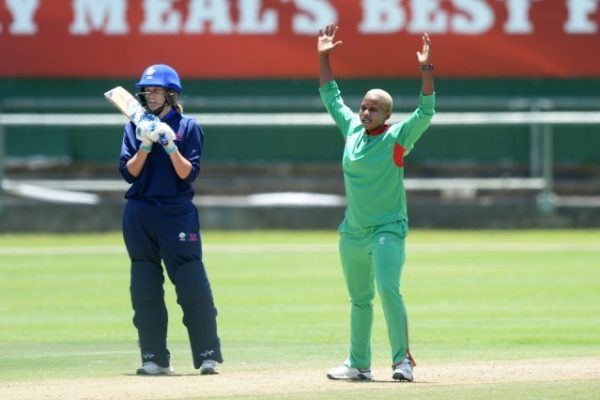 Outstanding death bowling by Masabata Klaas and Tatum Le Roux ensured there was a late stumble by Coronations that allowed Starlights to snatch a dramatic two-run win from their Women’s Super League (WSL) encounter at Six Gun Grill Newlands in Cape Town on Tuesday.

Chasing 133 for victory – built around a flying 66 off 62 balls (10 fours) by Annerie Dercksen – Adele van Eck’s charges were cruising on 107 for three in the 17th over after a fine half century response by Kirsty Thompson (53 off 50 balls, 9 fours).

Coronations had won the toss at the start of the contest and opted to field first, a decision that looked a good one initially as Ayabonga Khaka (2/15) claimed the prise wicket of Lizelle Lee for a second-ball duck.

However, that proved to be their only early success as Dercksen and Andrie Steyn (29 off 34 balls) shared in a wonderful century stand, the first of the competition, that took the score from nought of one to 102 for one.

Nadine de Klerk (2/25) eventually broke the stand, bur Lara Goodall thumped an unbeaten 22 off just 13 deliveries to help her side finish strongly and post 132 for four.

Tazmin Brits (10) fell early in the Coronations chase, but Laura Wolvaardt (30 off 28 balls) and Thomson put their side on track for victory with an assured 51-run second-wicket stand.

Their efforts left the total on 76 for one in the 12th over, but Shangase then landed a double blow – removing the Momentum Proteas opener and Verunissa Reddy (0) jolted progress.

But with Thomson and skipper De Klerk still there, Coronations continued to cruise towards the target.

They needed 26 from 19 balls when Klaas cleaned up the former and then did the same to the latter for 10. Le Roux also played her role by keeping it tight and accounting for Zintle Kula to seal a first win of the competition for Claire Terblanche’s charges.

All the matches in the WSL 3.0 can be watched live on the CSA YouTube channel.