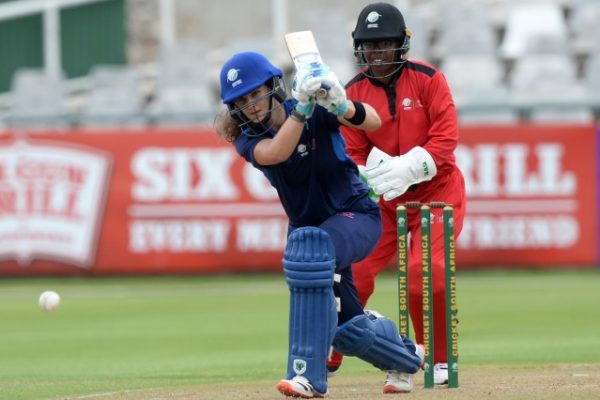 The star opener crashed 59 off 56 balls (3 balls) that helped her side amass 132 for four after captain Tazmin Brits won the toss and batted.

Luus was the pick of the bowlers after nabbing two for 24 and she then struck 53 off 50 balls (4 fours) in a chase that ended with Duchesses ending on 126 for six.

It was a thrilling end to the contest and came hot on the heels of Thistles’ 11-run win over Starlights in the earlier opener as women’s cricket returned to action for the first since Covid-19 struck South Africa back in March.

Brits won the toss at the start of the game, and alongside Wolvaardt, gave their team a strong start through an opening stand of 29 in six overs, before she fell for 15.

Kirsty Thompson then stepped in and lashed 38 off 32 balls in a second wicket partnership that yielded 65.

Luus eventually ended the stand, but Wolvaardt provided a strong finish to set up a target of 133.

Duchesses lost Gandhi Jafta (2) to Ayabonga Khaka (2/20) early in the chase, but Faye Tunnicliffe (28) and Michaela Kirk (25) batted beautifully around Luus to keep the chase on track.

However, pick of the bowler’s, Khaka claimed the crucial wicket of Luus at a key time to slow the chase in a blow that proved costly and ultimately lead to the Duchesses falling just short.  There were also two wickets for Jane Winster (2/24).

WSL 3.0 continues on Tuesday with all the matches live on the CSA YouTube channel.