Verreynne and Linde shine for Cobras in PE 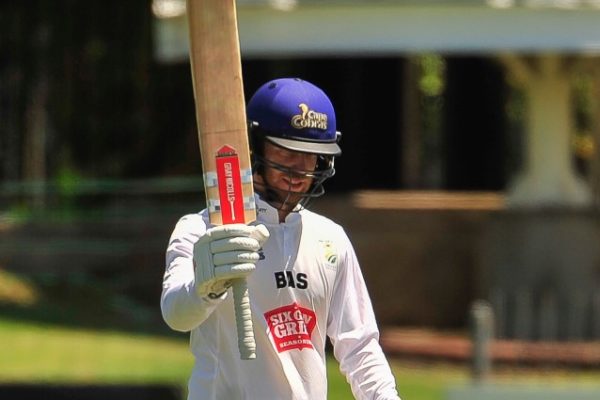 14 Dec Verreynne and Linde shine for Cobras in PE

Posted at 12:19h in Cape Cobras, Domestic by admin@csa

Proteas pair Kyle Verreynne and George Linde were both amongst the runs to leave the 4-Day Domestic Series encounter between the Six Gun Grill Cape Cobras and Warriors finely-poised at the halfway stage in Port Elizabeth on Monday.

The hosts reached stumps on 91 for two, a lead of 30, after earlier bowling out the visitors for 255 – a first innings deficit of 61.

Verreynne was the top-scorer on the day, falling three runs short of a first century of the season after he was dismissed for 97 (177 balls, 2 fours), while Linde hit 49.

Their performances carried Ashwell Prince’s side out of trouble earlier in the day after some impressive bowling by Jon-Jon Smuts (3/40) and Marco Jansen (3/60).

The Cobras had resumed on 72 for three, but lost Pieter Malan early on for 39.

It was then mainly down to Verreynne and Linde to carry them past the Warriors’ 194. The wicketkeeper notched up his fourth half-century in his third match for his team in 2020/21.

The home side then batted much better in their second innings after being handed a good start by Matthew Breetzke (29) and Gihahn Cloete (31).

The two put on 52 for the first wicket but fell within 16 runs of each other – the former trapped leg before wicket by Calvin Savage (1/26) and the latter run out by Akhona Mnyaka.

But Yaseen Vallie (21) and Rudi Second (6) took their side to the close with eight wickets intact.