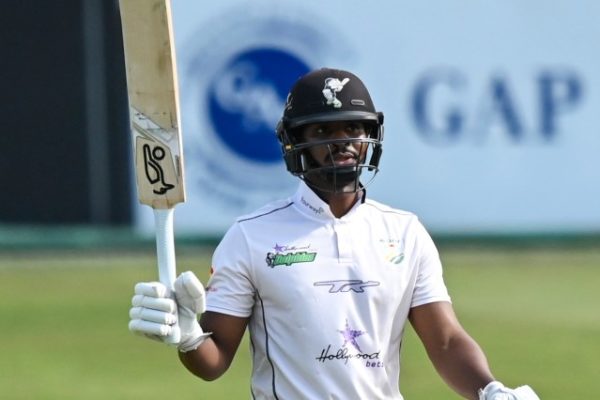 Posted at 12:34h in Domestic by admin@csa

The South African Cricketers’ Association (SACA) held a successful AGM on 4 December 2020 attended by representatives from each domestic team.

Subsequent to the AGM, Khaya Zondo was elected by the SACA Executive Committee (Exco) to the position of President for the next two-year term. Zondo has taken over from Omphile Ramela who resigned from the position in November. Zondo has been a professional cricketer for 13 years across all three formats and has been a member of the SACA Exco for the past three years.

“We are delighted to have Khaya on board as our new President,” said Andrew Breetzke, SACA CEO. “He has already served a number of years on our players’ executive committee and therefore has first-hand experience of the various challenges facing the game.”

On taking up the position of President, Zondo commented, “It is an honour to be elected President of SACA, following in the footsteps of individuals such as Ramela, Duminy and Peterson. We face massive challenges with Covid, the domestic restructure, transformation, and the financial security of the game. As an organisation, SACA will continue to confront these challenges with the best interests of players and the game at heart. SACA belongs to the players, its strength lies in its diversity and ability to unify players.”

In paying tribute to Ramela, Breetzke commented, “Omphile led SACA as President over a tumultuous four year period when the relationship between SACA and CSA was at its most challenging. During the GLT20 contract dispute, MOU18 negotiation, and the 2019/2020 CSA crises Omphile stood on principle in protecting the interests of our members. He has worked tirelessly for the player cause.”

Grant Thomson was elected by members onto the SACA Exco, where he joins Zondo, Farhaan Behardien and Mignon du Preez. Temba Bavuma and Craig Alexander have joined the Exco as co-opted members, thereby ensuring that all levels of professional cricket are represented on the committee.

In reviewing the year, SACA CEO Andrew Breetzke stated; “2020 has been a year like no other in South African cricket, and the challenges facing our game at times feel overwhelming. However, we are proud of the fact that despite these challenges, SACA has continued to ensure that the best interests of the players are promoted and protected, as well as those of the game.”

“When Covid struck the first action of players was to donate R300k to Gift of the Givers to support children in need during the lockdown. This was followed by the establishment of the SACA Covid Hardship Fund which supported past and current members who were unable to meet basic needs due to the lockdown. At the same time, SACA went on a concerted effort to encourage members to work on their dual career options during the down-time. This resulted in SACA awarding over 100 bursaries to members to undertake dual-career study opportunities.”

“It was highlighted at the AGM that for cricket to thrive and regain its place as a premier sport in South Africa, Cricket South Africa needs to be stabilized at a governance and operational level – and the window of opportunity to do so was closing. We are hopeful that the new interim board will take the necessary steps to address this issue as a priority,” said Breetzke.