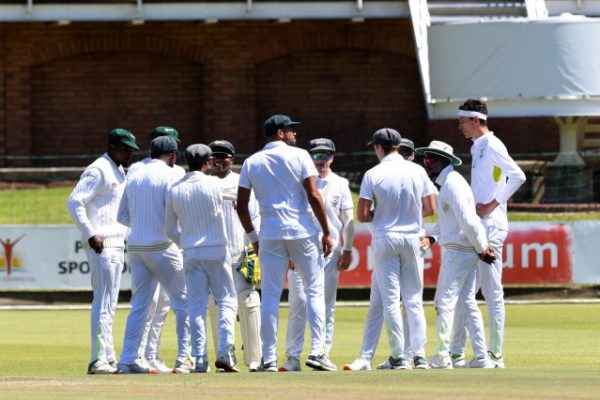 Posted at 13:13h in Cape Cobras, Domestic, Warriors by admin@csa

Warriors coach Robin Peterson remains fixed on getting his team to play more consistent cricket and believes that will be key to their improvement in their 4-Day Domestic Series campaign, which continues on Sunday.

The Eastern Cape franchise welcome the winless Six Gun Grill Cape Cobras to St George’s Park in Port Elizabeth for round five of the campaign, determined to improve on their 1-3 (win-loss) record so far this term.

The only success for the hosts this term is when they went away to Centurion and upset the Momentum Multiply Titans. And like them, the Cobras too have struggled and are without a win from their opening four games.

“They’re a team that has played well without getting a win,” Peterson said. “That must be quite frustrating for them even though they’re playing good cricket.

“We’ve managed to even get a win even though we’ve lost three of our games, so it’s extremely tight and one or two wins and things can change.

“We just want to get some consistency going because we play exceptional cricket in patches and then we’re very ordinary at other times. So it’s about narrowing the gap between exceptional and ordinary. We just need to execute better.”

The results of the first four rounds have left the Warriors bottom of their pool, behind the Cobras and the leading the Titans.

Peterson’s charges did have a disruptive start to the term due to a Covid-19 outbreak in their squad, but that should not be used as an excuse, according to the coach. He believes they are a team that is still developing.

“It has been disruptive as everyone knows by now and what that meant was that by the time we got to the third game, it kind of felt like it was the first game,” Peterson adds. “But no excuse there and all the players are professional and understand what we want.

“I do believe that this is a team that’s quite young in terms of the bowling line-up, there’s four under-21s there, so there’s a lot of learning taking place. It takes time to develop, but we’re positive and are looking to continue building as the season progresses.”

Cobras coach Ashwell Prince, meanwhile, insists that not winning any matches thus far is not something that is bothering him.

“I’m not too worried,” he stated. “It will come. I think we’re only playing at 60 percent of our potential at the moment, which is the more concerning thing.

“We need to get into more positions to win games. I think we only had that chance in the first game, so from that point of view we need to be doing more.

“It’s very tight at the moment, but a win for either could change that. We just need to put in a good performance, and I think if we can get close to an 80 percent performance then that will go a long way towards getting us closer to a victory.”

Both teams will also welcome back their Proteas for the fixture.