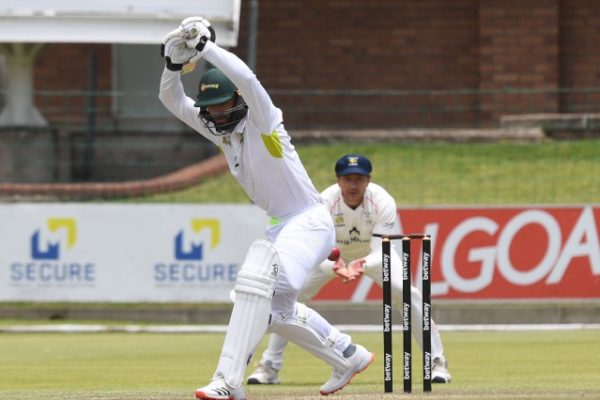 Posted at 13:53h in Domestic, Warriors by admin@csa

A gallant century by Rudi Second was not enough for the Warriors as they fell to a 76-run defeat to the Imperial Lions on the final day of their 4-Day Domestic Series encounter in Port Elizabeth on Thursday.

The right-hander recorded an excellent 171 (246 balls, 15 fours, 3 sixes) – his 10th career century – in a chase of 513 that ended with the hosts being bowled out for 436, which was the highest fourth innings total in the history of franchise cricket.

However, it was little consolation for the Eastern Cape side as they slipped to a third loss in four matches so far this term.

They had started the final morning in trouble already on 219 for five at St George’s Park, with Second unbeaten on 76.

The seasoned wicketkeeper did at least add 87 with Lesiba Ngoepe (51 off 79 balls, 7 fours, 1 six), but their partnership ended just before the 300 was raised.

At that stage, the Warriors would still have been dreaming of securing an unthinkable win, but things got tough from there as Marco Jansen (0) and Mthiwekhaya Nabe (5) followed in quick succession leaving the total on 302 for eight.

Second then found a fighting foil in Tshepo Ntuli, who hit an unbeaten 40, with the pair adding a fixture record of 99 for the ninth wicket.

The partnership was broken when a tired Second was bowled by Malusi Siboto (2/43) and Basheer Walters was last man out for 17 – the Warriors all out in 114.3 overs.

Their total, however, was a record, beating the 402 scored by the Knights against the Titans in the fourth innings of their game at Centurion in 2013/14.

Delano Potgieter finished as the pick of the bowlers with three for 51, while Sisanda Magala nabbed three for 114 in a result that secured a second successive win for the defending champions and one that put them second in their pool behind the Hollywoodbets Dolphins.