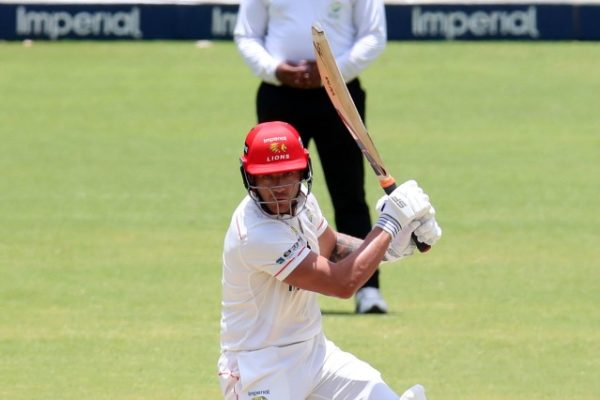 Posted at 14:25h in Domestic, Warriors by admin@csa

A career-best franchise century from Wesley Marshall helped put the Imperial Lions on top after the opening day of their 4-Day Domestic Series encounter against the Warriors in Port Elizabeth on Monday.

The right-hander recorded an attacking 145 off 160 balls (21 fours, 3 sixes) at St George’s Park as the defending champions amassed 385 for eight.

There were also some welcome runs from Wiaan Mulder (91 off 128 balls, 11 fours, 4 sixes) and Ryan Rickelton (72 off 133 balls, 12 fours) that allowed the visitors to reach an imposing score in the 96 overs they faced.

Basheer Walters was the stand-out bowler with his 12th career five-for, but he lacked support from his team-mates after they lost the toss and were asked to bowl first.

Both teams had won their first matches of the season last week and were looking to build on that in the Eastern Cape, where it was the hosts that made the early running.

Walters dismissed in-form openers Dominic Hendricks (3) and Joshua Richards (4) inside the opening five overs, before Marshall and Rickelton turned the tide by combining for a 135-run third-wicket stand.

The centurion went to his highest score in four-day cricket during the next partnership of 116 with Mulder, beating the 109 he scored for the Momentum Multiply Titans against the Cape Cobras at Benoni last season.

Proteas all-rounder Mulder then picked up the baton for the Lions and took them to 354 for five, before he was amongst three late wickets to fall giving the Warriors renewed hope.