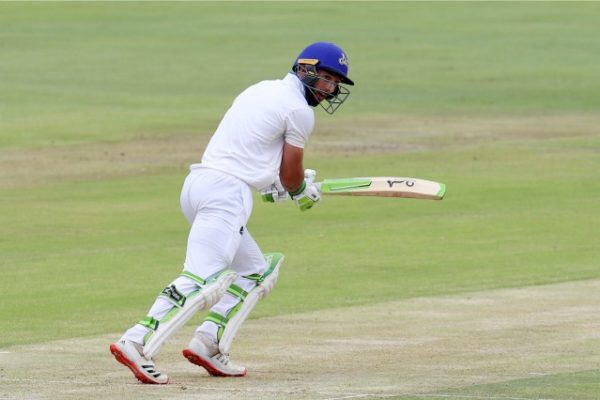 Posted at 14:25h in Domestic by admin@csa

Pieter Malan returned to form with his 33rd career century as the Six Gun Grill Cape Cobras dominated day one of their 4-Day Domestic Series encounter against the Momentum Multiply Titans in Centurion on Monday.

The Proteas opener, who had managed just one half-century in his six previous innings this season, struck a timely 125 (221 balls, 20 fours) that helped the visitors reach stumps at SuperSport Park on 351 for five.

Malan was well supported by an Aviwe Mgjima, who fell deep in the day for 86 (143 balls, 14 fours), together with starts from all the other Cobras’ batsmen.

Their impressive showing came after the home captain Grant Thomson won the toss and opted to field earlier, a decision he was made to rue by the Cape side.

Jonathan Bird (22) opened the batting with Malan for the first time this season and the former South Africa Under-19 star put on 76 with his more senior partner to give their side a solid start.

Then came a 60-run second wicket stand between skipper Zubayr Hamza (28) and Malan, with 53 following between the latter and Tony de Zorzi (29).

Malan was next part of the biggest partnership of the day – 90 with Mgjima – for the fourth wicket, before he was eventually sent on his way by Dayyaan Galiem (1/75).

Sixty-seven then followed from the bats of Mgjima and Calvin Savage (30 not out), with their stand ended by Thomson (1/11) 15 minutes from the close.