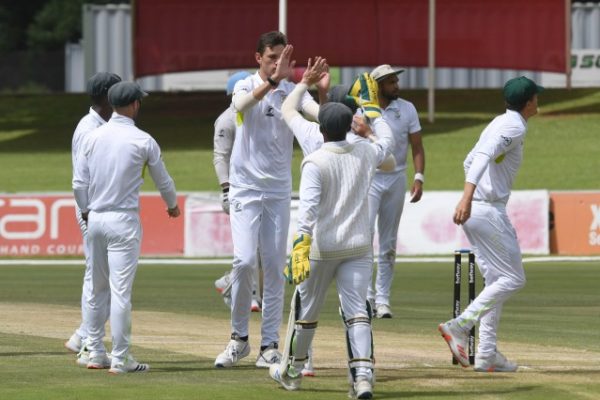 Posted at 14:39h in Domestic, Warriors by admin@csa

Assistant Warriors coach Baakier Abrahams believes they now have a template to copy and hopes to use that model of preparation for the rest of the 4-Day Domestic Series season, beginning with their round four encounter against the Imperial Lions starting in Port Elizabeth from Monday.

He was speaking after the Eastern Cape franchise won their first match of the first-class season with an outstanding display against the Momentum Multiply Titans this past week.

Robin Peterson’s charges beat the Centurion-based outfit on their own turn when they won by three wickets, this after suffering back-to-back losses in their opening two rounds which were heavily disrupted by Covid-19.

Abrahams feels that that first win of the term could be just the springboard they need.

“After a victory such as this one it does instill a bit of confidence,” he said. “If we look back at how we did things before the Titans game, it’s given us a really good template on how to go about preparing for this format.

“It was encouraging how it all came together, the senior players together with the young guys and how we performed over the four days. We want to just build on this little foundation that was set.”

The Warriors assistant also praised his players for not dropping their heads after the difficult previous rounds.

He added: “All the disciplines came together nicely. I think our preparation leading up was very good, it was very specific and very focussed.

“I’m just happy for the players, they put a lot of work in during lockdown and even during the disruptions which we couldn’t control, they never dropped their heads. I think the past week they showed what level of skill their able to deliver.”

Like the Warriors, the Lions too tasted victory for the first time in round three.

Wandile Gwavu’s charges, who are the double defending champions, lost a whole host of players due to national duty prior to the game, but the players waiting in the wings stepped up and delivered.

“It was about time we won a game,” he said. “There might have been some panic from a few people concerned that after two games we hadn’t won a game due to the expectations that the franchise carries. So to get off the mark is great.

“Losing eight players maybe was a good thing because it was an opportunity for the youngsters to come in and do the job they did in this game. There was a lot of character shown and we’re chuffed, especially against a team that is the form team in the country.”

Gwavu was now looking ahead to the trip to PE with renewed confidence and belief.

“I think it’s important that we reflect on the positives and the negatives from the Knights game,” he concluded. “I feel we have some way to go to try and perfect what we want to do. That will be the focus this week…improvement.”