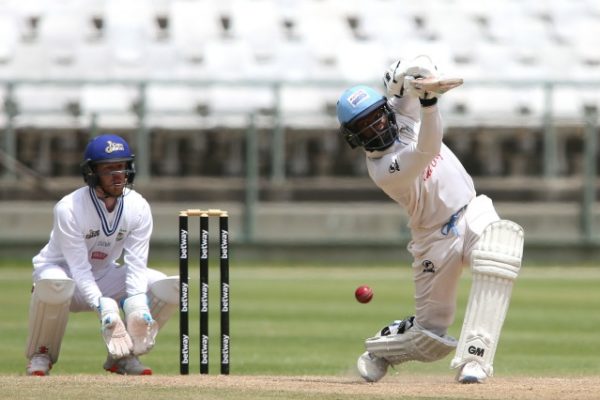 Posted at 14:35h in Domestic by admin@csa

Momentum Multiply Titans assistant coach Geoffrey Toyana wants his team to bring their ‘A game’ to Centurion when they host the Six Gun Grill Cape Cobras for a round four fixture 4-Day Domestic Series fixture starting on Monday.

The hosts suffered what can be seen as an upset loss to the Warriors when they were beaten by three wickets at the same venue this past week.

The Titans had won both matches in 2020/21 heading into the match, while the Warriors had lost their previous two games – and they still managed to pull off a win.

“We were quite disappointed to lose at home, especially because it was our first match at SuperSport Park,” Toyana admitted. “The previous two weeks we really played some good cricket away from home.

“At home we really struggled, I mean up front our plans as a bowling unit were not great. We’ve taken the lessons from that.

“I think Aiden Markram excellent and so unfortunate to have lost the game after scoring two hundreds. We’ll chat more about the loss over the weekend and try and make sure that from Monday we bring our A game all round.”

Their opponents this week are one of the two teams the Titans had overcome in the opening weeks when they neat them in Cape Town in round one. The Cape side have still not won a match and drew their next two, including the last one this week against the Hollywoodbets Dolphins in Durban.

“We always keep the focus on us and our processes and plans,” Toyana said. “We know the Cobras are always competitive side and it’s important that we treat them with respect, but put the focus on us.

“So we’ll be determined to throw that first punch and ensure we arrive at the game.”

Toyana’s opposite number at the Cobras, Faiek Davids, feels they are continuously improving even through the results have not favoured them thus far this season.

“We’re still in it even if we haven’t won a game yet,” he said. “We’ve picked up some bonus points and we’re in touch with the rest of the group. Yes all the other teams have won and we do realise that we obviously need to get the ‘W’ under the belt.

Davids has also challenged the Cobras players to be more consistent.

“There are a few concerning things like the inconsistencies we have showed with the ball and also may none of our batsmen kicking on to score big runs,” he adds. “We are concerned because we’re not having that rhythm of being on the front foot.

“In saying that, we’re still confident and we look forward to the challenge that will come in Pretoria.”