Dolphins look for improvement against Knights 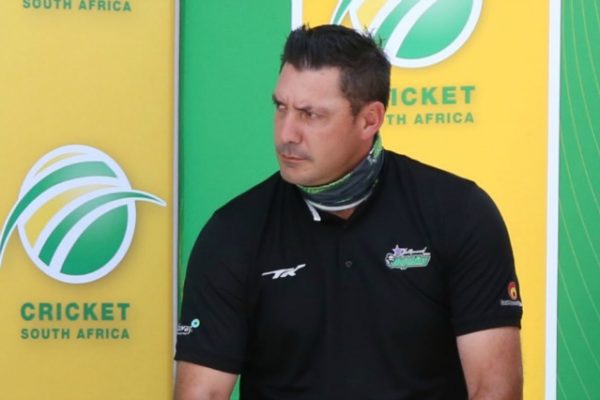 Posted at 14:36h in Dolphins, Domestic, VKB Knights by admin@csa

Assistant coach Quinton Friend believes the Hollywoodbets Dolphins were unfortunate not to get a win in their latest 4-Day Domestic outing this past week and hopes for better fortune when they welcome the VKB Knights to Durban for round four starting on Monday.

The KwaZulu-Natal franchise were held to a draw by the Six Gun Grill Cape Cobras at Hollywoodbets Kingsmead Stadium in a match that saw more than 40 overs lost on account of the weather.

“Bad light and rain is part and parcel of Durban,” Friend said. “You often find yourself losing time in the game as was the case this past week and who knows what would have happened if we did get to play 20 or 30 overs more.

“We probably would have managed to get the result we were looking for. It’s unfortunate, but I thought we played some outstanding cricket and hopefully we can build on that and get that win next week.”

The Knights have been the competition’s top side in 2020/21, winning two out of three games, one of those being a hefty 227-run win over the Dolphins in Bloemfontein earlier this month.

However, they did lose for the first time this past week when they went down to the Imperial Lions in Johannesburg.

“When we went to Bloem I honestly believe we didn’t pitch up,” Friend added. “We were well beaten by them. But that’s in the past, we spoke long and hard about our performance in the game and we want to look forward. I think we’re now in a really good space.

“They’re a really quality outfit and have shown that with their results. But you honestly feel they weren’t tested too much in those first two games and then when they were against the Lions this week we saw how the game ended.

“But I’m sure they’ll be keen to bounce back, so we’re going to have to make sure we’re on top of game to get the better of them.”

Knights assistant JP Triegaardt, meanwhile, felt his team were undone by one poor session in Johannesburg where they fell to a four-wicket defeat to the Imperial Lions – a win built around centuries for Dominic Hendricks and Joshua Richards.

“It was always going to be a tough game going away from home for the first time,” he reflected. “But I think we were pretty much up for the fight.

“I think we controlled the game nicely for large parts, the first two days belonged to us until the first session on day three. That’s where we lost the game. We weren’t very good with the ball, we struggled to hit our straps.

“To be fair Dominic Hendricks and Josh Richards were outstanding. They kept putting pressure on the bowlers and that just seized the game for them.”

Triegaardt, though, hoped the Central Franchise will be much better when they moved to Durban for round four next week. Coach Allan Donald’s number two man also called for more consistency from their players.

“We need to take it on the chin and find ways to deal with situations like the one we were in better,” he added. “We have to improve in the departments where we lacked, such as the bowling which I mentioned.

“It’s going to be tough going to Durban where the spinners have been dominating so far. The Dolphins will also be keen to bounce back, we just need to make sure we are more consistent than we were at the Wanderers.”