Ismail the star of WBBL Final 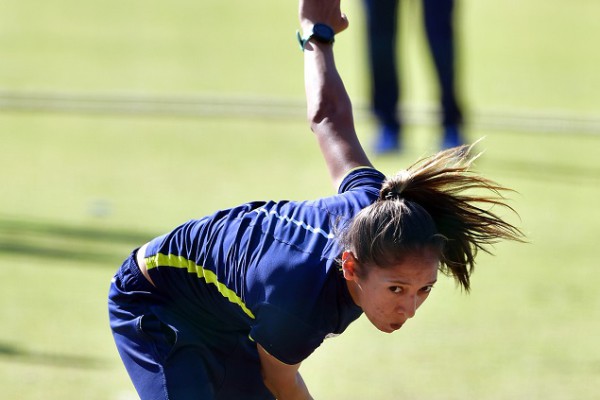 Shabnim Ismail became the first South African to win a Player of the Match award in a Women’s Big Bash League (WBBL) Final after starring for Sydney Thunder in a stunning upset win over Melbourne Stars on Saturday.

The Momentum Proteas pacer claimed an incredible two for 12 in a mesmerising four-over spell of fast bowling, which included 16 dot balls, that helped restrict the tournament favourites to a meagre 86 for nine.

She received brilliant support from Sammy-Jo Johnson (2/11) – the seamer that accounted for the other South African in the final, Mignon du Preez (4) – as well as the other Thunder bowlers, before watching her batting team-mates ease to the target with more than six overs to spare.

The result in the sixth edition of the WBBL, handed the champions their second title. The entire 2020/21 edition of the lucrative Australian competition was played in the Sydney due to the Covid-19 outbreak.

Ismail, who had started the competition slowly, ended with a flourish to finish with 14 wickets at 20.28 and an economy rate of 5.56.

That placed her 11th amongst the leading wicket-takers in the competition, with her economy rate only second to New Zealand’s Amelia Kerr (5.32). Johnson was the leading bowler with 22 wickets.

Du Preez, meanwhile, was the best-placed batter from South Africa after amassing 380 runs at an average of 31.66 and strike-rate of 122.58. The leading run-scorer was Aussie Beth Mooney (551 runs).

There were eight South Africans in total playing in this year’s WBBL.