Proteas continue to shine at IPL 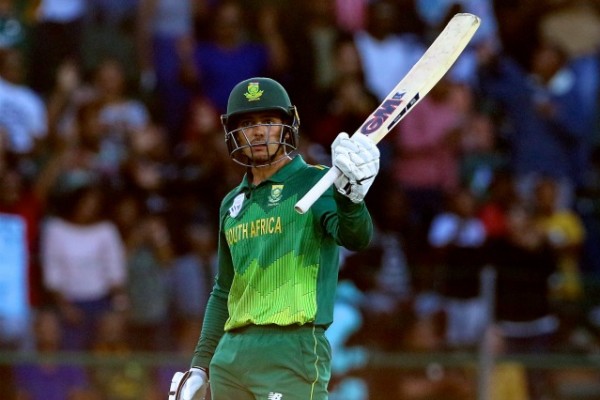 It was another productive week for South African players featuring in the Indian Premier League (IPL) as top wicket-taker Kagiso Rabada became the fastest player to claim 50 wickets, while Quinton de Kock continued his charge up the run-scoring charts.

There was also a first match for Imran Tahir, although his appearance for Chennai Super Kings failed to alter their fate in what has been a woeful season thus far in the United Arab Emirates – where the tournament is being hosted due to the COVID-19 outbreak.

Proteas quick Rabada ended round 10 of fixtures with a tally of 21 wickets, four ahead of closest challenger Jasprit Bumrah of Mumbai Indians, following another stellar week that began with him reaching the half-century mark in Sharjah.

Rabada claimed one for 33 in five-wicket win over Chennai, with his milestone reached with the dismissal of Faf du Plessis for 58.

The veteran former SA captain has seen his form take a slight dip in recent games, with scores of 10 and one following in the Super Kings’ two other matches during the past week. However, he still sits fourth on the run-scoring list with 376 runs in 11 innings.

Meanwhile, Rabada has continued to thrive, and along with international team-mate Anrich Nortje, the pair have set IPL 13 on fire with the ball in 2020.

The former’s only other outing this week yielded two for 27 in a rare defeat for the Capitals as they lost by five wickets to Kings XI Punjab. The latter Nortje did not play that game due to injury, but he claimed two for 44 in his only game – the win over Chennai – for a total of 12 wickets thus far.

South Africa’s limited-overs captain De Kock, meanwhile, is up to fifth amongst the leading batsmen after 53 and 46 not out.

His half-century came in a Super Over defeat to Punjab, with his unbeaten 40 following in a 10-wicket demolition of Chennai on Friday, a match in which Imran Tahir made his first appearance of the season claiming none for 22 for the Super Kings.

Last Saturday, global star De Villiers blazed an unbeaten 55 off 22 balls in a seven-wicket win over Rajasthan Royals. In the same game, Morris was unlucky to miss out on the Player of the Match prize to his team-mate despite claiming a laudable four for 26, which included half his deliveries being dot balls.

The all-rounder followed that up with another credible showing of none for 16 in four as RCB blew away Kolkata Knight Riders by eight wickets on Wednesday. De Villiers was not required to bat in that match as his team won by eight wickets.