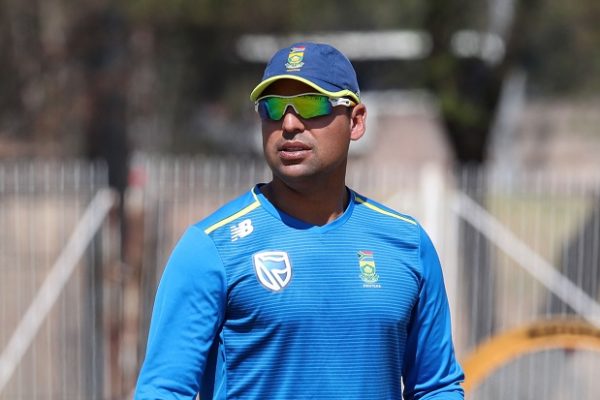 Proteas fielding coach Justin Ontong is targeting a major improvement in his area of discipline once cricket begins in the 2020/21 season. The start of the campaign has been delayed due to COVID-19 but with the country expected to drop to lockdown Level One from next week, things are slowly getting back to normal.

When they do return, Ontong says he wants to place strong emphasis on fielding, an area he watched keenly during the English summer where West Indies, Pakistan and Australia all toured that country.

“It’s been really good to see some cricket on television again,” he said. “I’ve been following the series involving England and the fielding has been of a very high standard.

“We as South Africans, we understand the importance of fielding and how specialised it really is. I think in the past, we’ve really taken it for granted seeing that South Africa was previously known as a really good fielding outfit.

“So, we really need to work hard and winning those big moments in the field because that can win you or cost you a game. That is something we really are going to focus on because as a team, that is where you can get shown up if you really tune into the game.”

While Cricket South Africa (CSA) is working tirelessly to bring a return to play and finalize dates for both the domestic and international seasons, Ontong says there is plenty of eagerness from everyone to get back on the playing field.

The season was prematurely ended in March when the virus forced a global shut down and the only cricket played since then was through the exhibition 3TeamCricket (3TC) Solidarity Cup match in July.

“There’s a lot of excitement amongst the guys to return to the field of play,” the former Proteas batsman Ontong revealed. “It’s a young group of guys we have, so they’re very hungry for success.

“I’m sure they’re really going out there in the nets and work hard towards making a strong return. The lack of game time for some of these guys, I haven’t got any sense of them being impatient. I think it was quite refreshing for young guys to just reflect on their own games, to see where they can get better and where some of the shortfalls are in their games.

“I just think there’s a lot of hunger and excitement to get back on the field.”

South Africa are a team in transition following the retirement of several stalwarts of the game. Ontong though, believes the current group of players have the capability to rise to the top in the near future.

“I think when it comes to the future of the Proteas, we are really optimistic,” he continued. “We are very excited about what’s going to happen in the future.

“We are in a rebuilding phase and I’m excited to be part of that. There’s going to be a lot of learning taking place, especially if we get to play in different countries…that experience and test and demands that will be placed on these guys are some of the challenges they will face.

“But we’ve got the expertise in the team to help them through that. International sport is all about handling pressure and this is where we can help these youngsters, so I’m looking forward to it,” Ontong concluded.