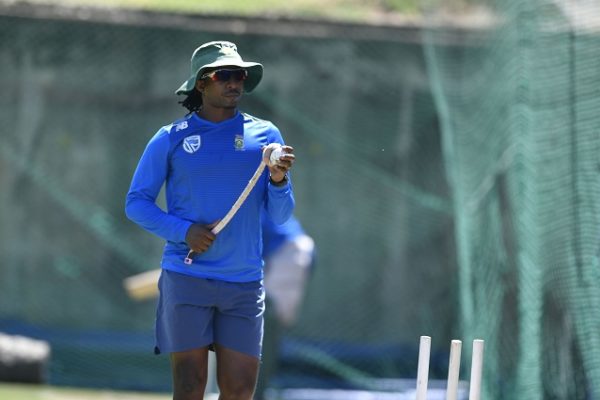 Cricket South Africa (CSA) is proud to announce its High-Performance management team which will work in alignment with the Proteas men’s and women’s coaching staff in ensuring a steady flow of talent reaches the national team when needed.

The objective of CSA’s High-Performance programme is to create a world-class, high-performance environment that results in the development of top-level cricket players in all forms of the game.

To this end, CSA is pleased to name the signing of the following individuals to roles that will assist in achieving the organization’s vision of making cricket a truly national sport of winners that is accessible to all:

CSA Director of Cricket, Graeme Smith is delighted that the organization has succeeded in making such big strides in appointing individuals that will play important roles in achieving the goals of producing cricket players that will make up high-performing national teams in both the Momentum Proteas women and the Proteas men. The appointments of Malibongwe Maketa and Shukri Conrad will give the South Africa A and South Africa U19 programmes a more settled structure and way forward.

Smith said: “Malibongwe has been involved in South African cricket for a very long time, I think he’s one of our outstanding coaches and I was really glad that he applied for the job and put his name in the hat. With the team of High-Performance coaches around him, he has got a real opportunity to strengthen the pipeline. The other thing about Malibongwe is that he has had a number of years with the national team and has worked in the A-team position as well. He is not only a really good coach, he is a good man, so I’m excited that he’ll be leading that department.

“The goal is to make sure that South African cricket is strong. We’ve got a really powerful group of cricketers coming through that can only strengthen the national side and can challenge players in the national team. I feel that Malibongwe and the other High-Performance coaches can provide that and also develop the game.

“Shukri has been around South African cricket also for a lengthy period of time, at franchise level, in High Performance and the A team. I like Shukri’s style; he’s old-school, he’s to the point and gets the job done. I think at that level, his coaching expertise and knowledge of the game is going to be key. The other thing is talent identification, I think that’s a real strength of Shukri’s ability as a coach and he’s got good support (in the form of scouts).

“Even before I arrived in December last year, there’s been a big investment into the women’s game. Trying to strengthen it not only financially, but in the domestic and under-19 structures. We’ve appointed our first full-time U19 Academy coach in Dinesha Devnarain and now the U19 World Cup is around the corner. When you invest in these programmes, you have to be patient, you have to develop them and it takes time to get to a level, but there’s always expectations and we hope that our U19 team will be successful and do well. That’s the goal.”

Smith had glowing words in his description of Khoza, expressing his pleasure in working with a member of the cricket pipeline that boasts as much knowledge and experience as he does.

“Edward Khoza is a man who has been involved in cricket in South Africa for a very long time and we’ve worked extremely closely together since my arrival,” he continued. “He’s got a lot of knowledge on the pathways and the fact that he’s been put into that position – I’m very excited about that. I don’t think I could have a better person in that position. He’s well liked, he’s a hard-working man, he loves the game of cricket and he’s principled as well and the work that he’s put in at all those levels which is a big job – the cricket services department is a huge entity – having someone like Edward, his knowledge is a huge benefit to Cricket South Africa and we’re lucky to have him.

“We’ll all sit down as a group and debate and work on our way forward and try and align as closely as we can to the national teams as we can – in terms of culture, in terms of performance, in terms of what’s needed – to hopefully push us to a level where our national teams are the best in the world, that they’re winning World Cups, that we’re bringing talent through and we’re transforming at a level that will be acceptable to everybody. Those are the goals with these appointments,” Smith concluded.

Khoza, who has moved from his role of heading up the Cricket Services department, also expressed his joy in the progress he and Smith have made in the appointments of these strategic roles. Speaking on the critical nature of the roles that the appointees will perform, particularly as CSA continues to finalize its return to play arrangements, he said:

“We’re quite privileged to be announcing top-quality coaches in our environment under our revised High-Performance structure (Maketa, Conrad, McKenzie and Devnarain). These guys will be leading the process in terms of ensuring that CSA reaches its objective of making sure that we can close the gap between international cricket and the domestic game. They will be mainly focussing on working with the best 48 players in the country in support of the franchise coaches to ensure that these identified players are prepared well and that they are ready for international cricket.

“We are fortunate that Malibongwe Maketa is the SA A and National Academy head coach, but outside that he will be working across the High-Performance structure. This is to ensure that we share knowledge between the High-Performance coaches. Malibongwe is quite an experienced coach with a Proteas background and a high level of franchise experience, and it’s important that a guy like that is working across our next-best talent. He will also be assisting the national women’s team where and when his expertise will be required.

“The SA U19s, as individual players have done exceptionally well in the last six years under Lawrence Mahatlane. We saw the emergence of players like Wandile Makwetu and Sinethemba Qeshile as examples of some of the young talent that has come through who are currently playing franchise cricket. As a unit, we’ve failed to deliver on the field of play. Shukri has worked with the Academy players for quite some time under CSA and we feel he has the necessary expertise to make sure that he can take us to the next level. We want to make our mark and redeem ourselves at major ICC competitions.

“The women’s space was not complete, if you think that there was no major ICC event for that U19 age group. When the ICC announced that we would be having an U19 ICC T20 competition, it boosted our retention strategy because now we can keep players in the game for longer.

“What we are now looking to do is to make sure that we seamlessly put up a process in place that can mirror what we are doing with the boys’ pathway, where we will have talent camps for the girls as well and we have also appointed a dedicated coach for the U19s as well as National Academy for women in Dinesha Devnarain. We believe that she has done well enough for KZN Inland to deserve such a position at CSA and we feel that she will do well in boosting the next generation of women’s cricketers.

“Our ideal scenario is to look at women coaching women and this is part of the platform that we have started with in creating real sporting opportunities for women that have played the game and can serve the game better,” Khoza concluded.