“We need to win games” – Ngidi 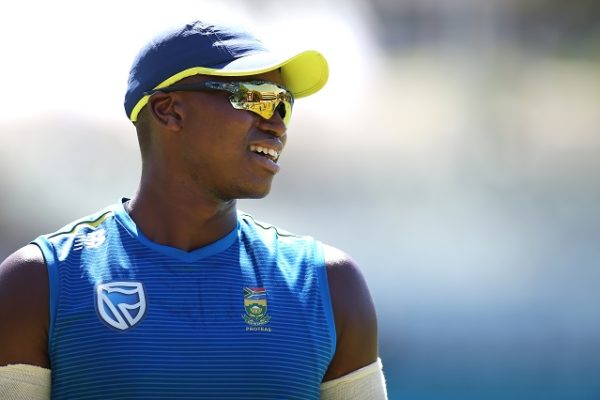 Proteas fast bowler, Lungi Ngidi, said the team is very much “on the same page” after they parted ways at the conclusion of their team culture camp last week. The 32-strong collective agreed that it was time to put aside their past baggage and tendency of talking about what they want to achieve, and it was time to “walk the talk” and win matches once they return to play.

“We got straight to the point – we need to win games,” Ngidi stated. “Obviously, working out a formula on how to do that is always an on-going thing. It’s not just one simple thing in terms of ‘do this and you win games.’ I think there’s a lot of trial and error and with a lot of new guys as well, we’re going to have a lot of new ideas and new ways of approaching things but all in all, the bottom line is, we need to win games.”

The group assembled in Skukuza to discuss various topics of importance to them and to work on a team culture that would reflect the current group of players and the way they want to experience the team environment going forward. Ngidi said he enjoyed the days they spent together and was pleased with the conversations that took place, particularly about team performance, transformation, race and equality.

“Having left there, I felt we had discussed and reached the objectives of the camp. I felt happy leaving as a player, I understood everything a lot better. Everyone being on the same page puts us in a good position moving forward,” Ngidi continued. “A lot of things have been addressed. These shouldn’t be things that affect our performance on the field.

“Around the discussions surrounding transformation and race around the team environment, it was very uncomfortable in that moment obviously, but it was something that was needed to be done.

“A lot of guys shared their stories and how they felt from the different racial groups. You understand how people feel and with transformation, we also understand that it doesn’t come from the players, it comes from the system and that a lot of people needed to understand why it’s in place and having these conversations and helping people understand why certain things are the way that they are, I feel, put a lot more people in a position of understanding,” he went on.

“We all know that you play for South Africa on merit and not because of the colour of your skin. I think the greatest thing was helping everyone understand why. I feel like sometimes people are scared or embarrassed to ask, so being able to speak out in that environment really cleared up a lot of grey areas for a lot of people.”

The 24-year-old is not wary of tackling difficult topics such as the Black Lives Matter (BLM) conversation within the South African context. He believes that the sooner individuals within the team reach a place of understanding of their fellow teammate, the better the collective will work together and for one another. This went hand in hand with the group’s commitment to creating an environment and culture that is accepting and embracing the diversity they boast as South Africans and using it as a nation-building tool as well as an advantage on the field of play when they finally don the green and gold again.

“With the conversation around BLM, I think the most important thing is it’s opened communication and helped a lot of people understand (where others were coming from). The main thing that the BLM conversation within South Africa about race, transformation and equality, is that it’s highlighted a lot of things that need to be addressed and for anyone who didn’t understand, guys were willing to communicate and explain, so I think it has definitely helped within the team. I think the main thing is helping people be able to speak about issues that they find uncomfortable.

“For rules of engagement, I feel that people should be allowed to be themselves without fear of being judged and for me, that’s because I know I play my best cricket when I’m being myself. If I can’t be myself, I don’t feel like I’m giving 100% of who I am and what I can do. So, for me that was one of the most important things – to be able to come into an environment and not feel like you have to conform to a certain way in order fit in. We accept everyone the way they are, and everyone is different, which is what makes the team so great and the environment so great.

“The updated values system is very relevant to our country and the type of team that we want to build. Belonging – everyone needs to feel welcome, empathy and respect – once you understand someone a lot better, you can relate and conversate and have open discussions (with them), so these new values systems are very important and in the end, we felt that these are what we are going to use moving forward.

“With South Africa being such a diverse nation, we actually found that it’s one of our strengths and why we’re such a resilient team,” Ngidi concluded.