Supermom Klaas an inspiration to all 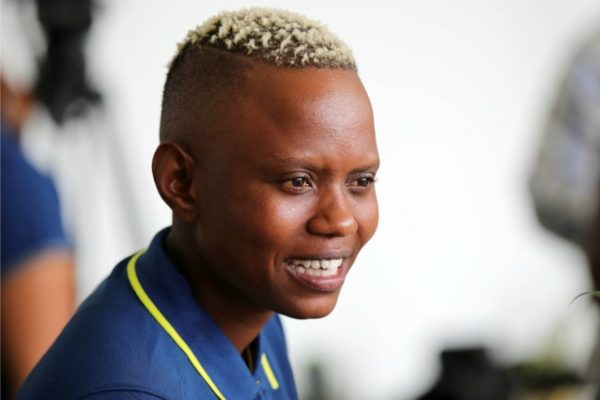 12 Aug Supermom Klaas an inspiration to all

Posted at 10:58h in Uncategorized by admin@csa

Ask any woman in the world what the most difficult job is and one of the most common answers you will probably hear is: being a mom.

Motherhood is something special to every female, but it is not something easy, especially for those who have to mix work with looking after a young child.

Try throwing in a third job for the individual and the task becomes even more complex, as it has been for so many ladies all over the globe during the past few months, when they also had to become school teachers during the coronavirus pandemic.

One of Cricket South Africa’s (CSA) own who has had to tackle this challenge has been Momentum Proteas star, Masabata Klaas, but instead of complaining, the 29-year-old has embraced the opportunity that has been placed in front of her.

“Earlier this year when COVID-19 first struck I was doing a triple role of being a mom, a teacher and international cricketer,” the single mom from Botshabelo in the Free State says.

“But I still had to follow a strict training pattern at home because at that time the president was not allowing us to run or leave the home for exercise.

“That was a nice challenge for me, spending time with my daughter, also teaching her school work and then doing my best to stay fit. But with my mom’s support it has made things easier.”

This Women’s Month, CSA is celebrating the progress of women empowerment and gender equality both on and off the field, under the theme: “Enabling equality for women in the world of Cricket South Africa.”

For Klaas, being a mum is really special and having her own mom’s support has been key through her journey of life as the two of them try to raise seven-year-old daughter, Rethabile, in the best possible way.

She continued: “Having my mom there for us has been a massive help and I am indebted to her. She is there for me when I am playing both domestic and international cricket and has really been a pillar of strength.”

The seam bowler has been representing South Africa for a decade now after debuting in 2010. She has so far gone on to win 88 caps in the two limited overs formats, claiming 56 wickets in the process.

The most famous of those caps was number #42 out of #47 when she became the 10th player in the history of the women’s game to claim an ODI hat-trick.

“Looking back at my career, I’m happy because I’m heading towards where I want to be, which is a permanent member of the team and contributing regularly with my performances,” the Free Stater says.

“It does take a lot of hard work, but I feel I am headed in the right direction.”

She also spoke about her journey in cricket and how the women’s game has evolved over the 10 years she has been in the national mix.

“When I first started to play for the Proteas in 2010, women’s cricket was not very popular, there weren’t many sponsors or too much of funding for the game,” Klaas reflected. “But as time has progressed, I have witness things with my own eyes changing for the better.

“Now we have a sponsor and a couple of years ago we witnessed one of the biggest steps forward when national contracts were introduced. So there’s been a lot of changes in the 10 years that I have played. Having monthly salaries are a big boost for us and that shows that the game is taken more seriously.”

Klaas, who would one day like to work with young girls to help develop the game at club cricket, is also satisfied with the gender strides that are being made by CSA and South African sport as a whole.

“I think Cricket South Africa are providing a lot of opportunities for women,” she adds. “I would say that sport in general amongst women in South Africa is growing.

“We are moving in the right direction and the various federations need to keep up the work they doing, which will help women in sport grow.”