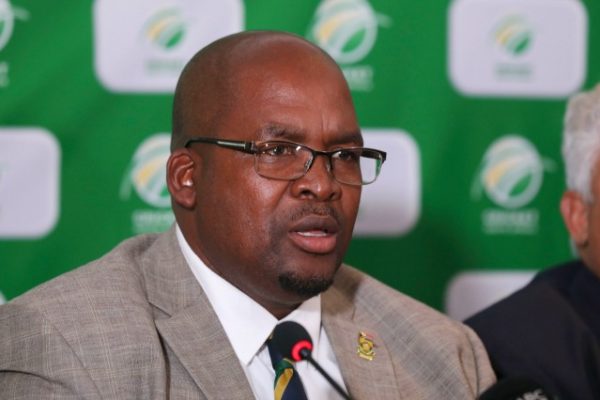 Cricket South Africa’s board of directors (CSA Board), led by its President Mr Chris Nenzani, held a virtual meeting on Sunday 26 July with 40 black former Proteas cricketers and senior coaches (players). This was in response to the much publicised ‘Statement by former South African Cricketers and senior coaches’ on 14 July 2020 and the ensuing revelations by the players about their personal experiences of racial discrimination in cricket since unity.

The important objective of this meeting was to hear first-hand from the group of players about their experiences and opinion in how CSA should proceed in its efforts to address the substantive shortcomings in the cricket system. Firstly, CSA unambiguously sympathises with and in supports the players in expressing their views and seeking redress. Secondly, the meeting afforded the CSA Board an opportunity to appraise the players of CSA’s strategy  to resolve the matters raised by the players. The CSA Board shared its new Cricket for Social Justice and Nation Building (SJN) Concept with the players.  Included in this strategy is the establishment of the Office of the Independent Transformation Ombudsman whose core function will include the independent management of the complaints system, convening a National SJN Imbizo and providing a success measurement instrument on the extent of the success of the CSA transformation programmes.

CSA stressed that the national outcry regarding the treatment of black players and the support of the #BLM movement has presented an opportunity for the cricket community to urgently respond to transformation with an informed and integrated Transformation Strategy. CSA, therefore, aims to use the current developments to have frank and robust engagements with all stakeholders in the cricket sector. Some of the former players and senior coaches in attendance were able to share their personal and collective  accounts of how they were affected by racism and discrimination during and after  their playing days.

The frank engagement led to a joint resolution that certain wrongs were committed and that a process to correct them was necessary and urgent. The consensus was that collectively CSA and the players will drive this process. This process will hopefully open the way for more effective promotion of diversity, inclusion and belonging to the sport of cricket.

The CSA Board acknowledged existing gaps in its oversight of the sport  and apologised to the group. CSA will further seek to foster healing, restoration of player dignity and a sense of belonging and unity amongst cricket players, fans and the nation.  CSA’s renewal, restoration and transformation process will be led by the Chairperson of the Transformation Committee, Dr Eugenia Kula-Ameyaw. The President, Mr Chris Nenzani stressed that this is a deliberate effort to continue the difficult conversations with all stakeholders with the goal of ultimately achieving a broad consensus.  When players asked about the guarantee of success of SJN Dr Eugenia stated “the critical success factor of the SJN project is for the players and stakeholders to hold the CSA Board accountable for delivery”.

The participants agreed that the meeting was constructive and that a joint statement be issued. The group of players and coaches in attendance said, ‘We would like to thank CSA for hearing our cry, reaching out and have an initial engagement.’ However, they cautioned that this was only a first step in the process. Noting that they had not been included in the planning for the SJN framework, the group acknowledged CSA’s suggested road map but added, ‘We don’t feel any new projects should be unilaterally embarked upon until honest and thorough robust conversations have taken place’’.

The group also expressed their disappointment that some of CSA’s operational staff especially the Director of Cricket, the Cricket Manager and senior coaches, who would eventually be responsible for the implementation of the ‘’New Way’’, were not part of the discussion. They requested that these individuals form part of all future engagements so that clarity and broad agreement would be ensured on future strategies, driven by value and culture.

Finally, while recognising that the discussion was introductory and exploratory , the group felt that some robust discussions needed to take place before implementing the plan of action. To ensure that pertinent questions and concerns were addressed, the group of players needed to be fully involved and not sidelined from being part of the solution.

Mr Nenzani assured the players  that the CSA Management team and all structures  within the CSA hierarchy is  committed to this t broad inclusive process. He concluded, ‘’This process going forward will draft in representatives from the former players, such that it is an inclusive  and result-orientated process. When we embarked on this journey, we knew it was an emotive process and that it would elicit a difficult conversation’’. He assured the participants that the meeting was the beginning of an extensive and very constructive engagement.