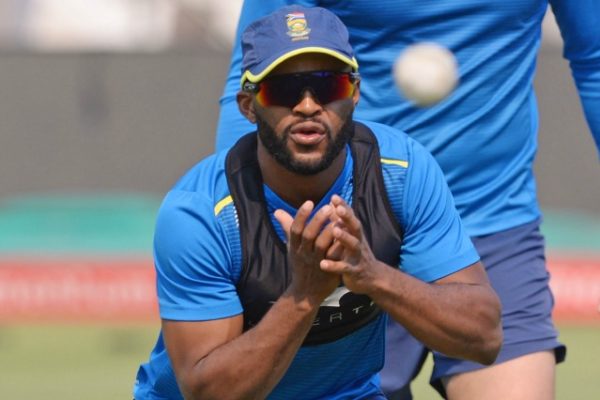 Temba Bavuma was not usually associated with T20 cricket a few seasons back, but the Proteas star batsman has changed all that in the more recent past.

His sheer weight of runs and performances at domestic level forced the national selectors to think twice, and having given him an opportunity, they would have not been let down.

The 30-year-old enjoyed an excellent white-ball season with South Africa, averaging in the mid-40s after four one-day internationals, whilst marking his debut T20I campaign with the best average amongst his peers.

The diminutive Bavuma recorded 199 runs in his five innings, averaging 49.75, with a strike rate of 136.30 and top-score of 49 in his maiden outing against India at Mohali.

This earned him a nomination in the Standard Bank T20 International Cricketer of the Year category for the 2020 Cricket South Africa (CSA) Awards that take place on Saturday.

“It was a good season returning in the white-ball format,” he says. “I made my debut in that series in India and performed okay too, so that was a good memory.

“I don’t really have one specific performance that stands out per say, but I think our performances as a team in India is what really excited me.

“We were trying to beat one of the strongest teams in that format on their own soil, off course with our own ambitions as well of trying to become the number one team as well. So that for me was very good, drawing that series 1-1.”

Prior to his nine limited-overs appearances this past season, Bavuma last played white-ball cricket for his country in 2017.

Now he is looking forward to the weekend awards where he is up against formidable team-mates Quinton de Kock and Lungi Ngidi for the prize.

“I’m really pleased and excited about it all,” he says. “I’m not someone that people associate T20 cricket with. So to be nominated in this category after the few performances I had is really satisfying.”

The gala event to honour South Africa’s top performing cricketers over the past year will take place as a virtual ceremony because of the restrictions imposed by COVID-19.

“The excitement of not being there will definitely be missed,” Bavuma adds. “It’s usually a highlight of the CSA calendar.

“But it won’t take away the merit of the awards and all those recognised certainly do deserve their recognition. I’m looking forward to seeing what CSA has in store for us.”