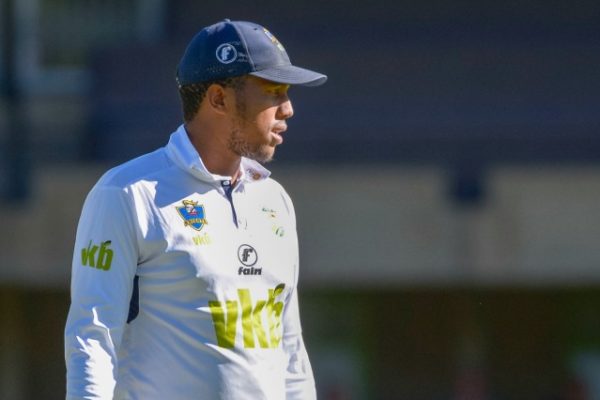 Wandile Makwetu can certainly look back at the past season with great satisfaction.

The former South Africa Under-19 vice-captain and double ICC U19 World Cup participant finally came into his own during the 2019/20 campaign and it all started with a move away from one of the traditionally strongest unions, Northerns.

The 21-year-old made the decision to switch to the Free State with eyes on the franchise VKB Knights’ wicketkeeping berth, which he went on to make his own by the time the season was completed.

Makwetu is a worthy contender for the Domestic Newcomer of the Year award that will be handed out at the 2020 Cricket South Africa (CSA) Awards next month.

The diminutive gloveman is one of three nominees alongside fast bowler Thando Ntini, who excelled for the World Sports Betting Cape Cobras, and Momentum Multiply Titans opener Wesley Marshall.

The gala event to honour the country’s top performing cricketers over the past year will take place on Saturday, July 4 2020, in a virtual ceremony because of the restrictions imposed by COVID-19.

The trio of contenders will no doubt be difficult to separate by Makwetu’s credentials for the award are hugely impressive.

His average of 57.00 was the fifth highest (amongst players with 300 or more runs) in the 4-Day Domestic Series behind Rassie van der Dussen, Raynard van Tonder, Pite van Biljon and David Bedingham, whilst he also claimed 20 catches and one stumping in the five first-class matches he played.

“The move was great for me and it was more or less done based on playing time that I was offered at the Knights,” Mawetu, who scored 342 runs, said. “I think I got exactly what I was looking for during the season, the opportunities were great week in and week out. So I’m just happy that it went so well.”

Makwetu played two innings of particular note during the campaign. He scored 99 against former team the Titans on debut early in the term and then hit his maiden first-class century (101) against the Cobras in December.

He continued: “The hundred was probably the most special innings, but I think the one I will probably remember the most is the 99 I scored in Bloemfontein. It was my first game for the Knights and the first match I was playing after a long injury lay-off and it came against my former team.

“So that was really special. To do well against your old team is always good and that set me up nicely for the season.”

The St Stithians College old boy then went on to play a big part for the Knights in their Momentum One-Day Cup campaign, where he scored 191 runs, claim 10 catches and three stumpings to help them reach the play-offs.

That, though, did not take place due to COVID-19, but it was still a highly enjoyable experience for the young man.

“We didn’t do too well at the start, but we picked up nicely and I was happy with my contributions as well. I had a couple of 30s I think and 40s too, so it was all-in-all a good year,” Makwetu concluded.