Markram refreshed in body and mind after challenging season 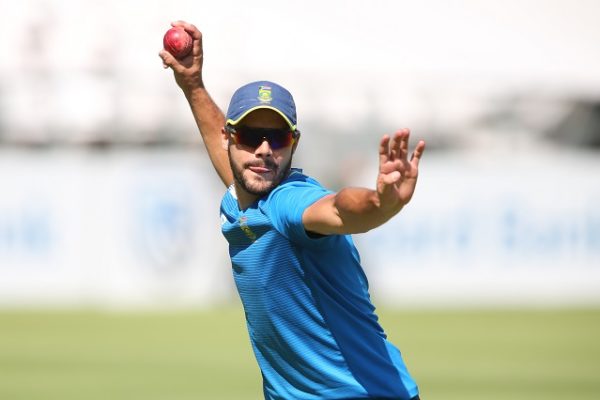 18 May Markram refreshed in body and mind after challenging season

Proteas batsman Aiden Markram admits that the past year has been a frustrating one in which plenty of self-doubt has crept into his mind but says that the downtime enforced due to the COVID-19 pandemic has allowed him to recharge and feel mentally rejuvinated.

Like most of his teammates, the 25-year-old endured an unremarkable 2019 ICC World Cup in England before fracturing his hand during South Africa’s tour to India in October. He then returned to fitness in time for England’s tour to South Africa but broke a finger in the opening Test and never played another match for his country during the rest of the summer.

“It was certainly very frustrating to miss quite a bit of the season,” he said. “But for now I definitely feel 100 percent. The injuries have certainly healed and subsided, which have allowed me to work quite hard during this time off.

“Probably the most challenging part of being injured is not allowing your mind to run off. I think when you have so much of time on your hands you tend to not just overthink things but also you delve deep into things which is often unnecessary, so I think trying to keep your mind at bay and trying to keep your mind calm and strong when you have time off is probably the biggest challenge that I have struggled with.”

Despite his frustrations, he insists that quitting the game has never crossed his mind.

He continued; “I’ve never thought about giving up, but I certainly have doubted my abilities. I’ve doubted my abilities especially when I’ve been out of form and at that top level, you’re a few bad knocks away from people wanting you out of the team and people stop backing you and things like that.

South Africa is currently in its eighth week of a national lockdown that has been imposed as a result of the global COVID-19 outbreak. Markram though, says the break has been good for him.

“It’s (international cricket) a tough space to be in but it comes with the territory,” he explained. “If you want to be a top performer at a high level then you’ve got to find ways of dealing with it and certainly this time off has been a time to reflect and not blow it out of proportion in your own mind… just try and crack on with what needs to get done.”

Markram, who averages above 40 in domestic cricket but below 38 at international level, says his family has been key during the most trying times of his career.

“I’ve been blessed with a really amazing family,” he says. “From day one, I can only remember them supporting me and never getting in the way. They’ve always backed me to make the right decisions, which has helped me learn. I have bumped my head a few times, but I’ve learnt a lot along the way.”

Meanwhile, the youngster also shared some of his thoughts on South Africa’s vacant Test captaincy berth, saying it would be an honour if he was chosen but not the end of the world if he wasn’t.

“From a personal perspective I really enjoy captaincy,” he concluded. “I enjoy the responsibilities that come with it. I’ve never given captaining my country too much thought.

“Now that the name is sort of a ‘name in the hat’ for people who are writing news, it’s just nice to be considered. Like I said, I do love it and I would give an absolute arm and a leg to do it but it’s not the be all and end all.

“I don’t want to give an impression that I’m desperate. If it were to happen then it would be amazing, if It doesn’t then there’s plenty good leaders within the environment that would take the team forward,” he concluded.