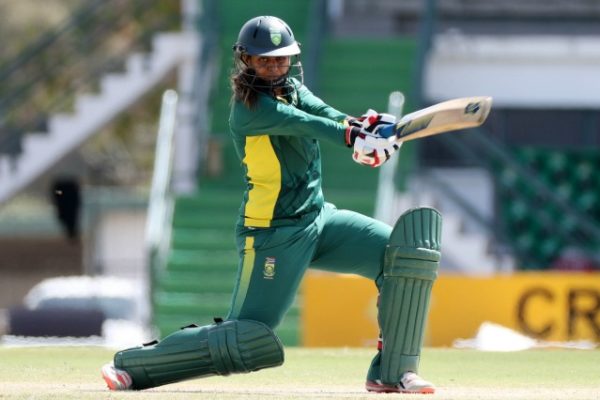 New South Africa Under-19 Women’s coach Dinesha Devnarain says she feels nervous and excited at the same time as she looks forward to the next chapter in her career.

The 31-year-old was last week named in the dual role of first full-time appointment to the post and also as the Cricket South Africa (CSA) Women’s National Academy head coach.

Devnarain, who has signed a three-year deal, will oversee the progress to the inaugural ICC Under-19 Cricket World Cup, scheduled to take place in Bangladesh early next year.

“I’m excited, I’m nervous, I’m blessed…but it’s an honour and an absolute privilege to be given this job,” she said. “This job is going to form an important pipeline structure from provincial cricket to the Momentum Proteas and I look forward to it.”

She is also a former Momentum Proteas all-rounder, having played 29 One-Day Internationals and 22 T20Is in a career spanning eight-and-a-half years.

Towards the end of her career, Devnarain obtained her level three CSA coaching certificate – one of only eight women in the country to hold the qualification, and the first from KwaZulu-Natal, the province her family relocated to when she was just 10.

Prior to her national appointment, she coached KZN Coastal Under-19s and the Women’s Senior Provincial team, whilst playing for the side.

Devnarain, who will manage player development structures with particular attention to identifying promising prospective Proteas, says she owes a lot to the Durban-based union.

She continued: “It’s been quite a journey. But encouraged by my dad, I pursued and pushed through for a lot of things in my life.

“I went through a lot of loss and lot of hardships. After retirement, I obtained my level three coaching certificate and that’s a milestone that I’m really proud of.

“Then 20 years of playing cricket for KZN Cricket and 13 years of having been employed by them as a coach.

“There’s lots of development happening there, I was in charge from Under-13, Under-16, Under-19 and then the women. I still had my hand in club cricket, in school cricket.

“It was nothing but a great blessing and a lot of my success has to go to the places that I have worked with and the KZN Cricket Union as well.”

Devnarain is now on the fringes of doing something that every coach in the world and across all sports aspires to – leading a team at a World Cup.

“Moving onwards and upwards I’ve got a great opportunity at my doorstep,” she adds. “I get to work with our next best and I don’t think there’s a greater feeling than that.

“I’m really hopeful that’s goes as planned in Bangladesh with our SA Under-19s. I want us to be a nation to be to be reckoned with there and to take the girls as far as I can.”