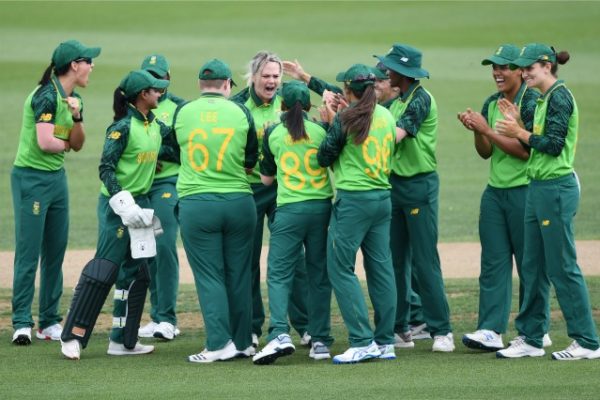 Cricket South Africa is pleased to announced a 14-strong squad for the Women’s One Day International inbound series against Australia Women.

Hilton Moreeng’s Momentum Proteas side will face the WT20 World Cup champions in a three-match ODI series starting on Sunday, March 22 in Durban, with the much anticipated marquee Proteas Women Black Day event. The ODI series will be the last round of the ICC Women’s Championship – 2017-21 for both South Africa and Australia who were crowned IWC champions just before the start of the ICC WT20 World Cup with an unassailable lead in the competition.

It will be the first time the Momentum Proteas play 50-over cricket since their historic series win away to New Zealand in January where they walked away with a 3-0 whitewash.

The South African side remains unchanged from the squad that did duty at the recent ICC WT20 World Cup with the only omission being that of KwaZulu-Natal Coastal all-rounder Nondumiso Shangase.

Team captain Dane van Niekerk will once again lead the side as they continue their charge up the ICC Women’s ODI rankings with three ODI’s. The ODI series will start at the Hollywoodbets Kingsmead stadium, then proceed to the City Oval in Pietermaritzburg on Wednesday, 25 March then round off the ODIs at Buffallo Park in East London on Saturday, 28 March.

Discussing the make-up of the squad, convener of selectors Clinton du Preez said: ‘This squad was selected with an eye on the ICC Women’s Cricket World Cup 2021 in New Zealand. As much as we want to expand the pool of players who can perform successfully for South Africa, it is important that we keep the momentum and continue performing well against the very best in world cricket while also helping the team to peak for major tournaments.”