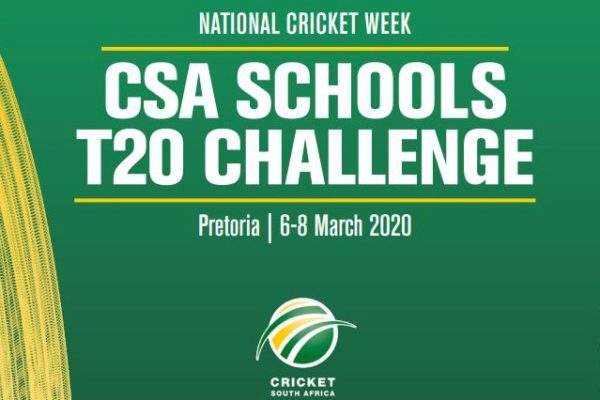 Oscar Welsh proved to be the star with seven wickets as South African College High School remained unbeaten after the second day of the Cricket South Africa (CSA) Schools T20 Challenge in Pretoria on Saturday.

Better known as SACS, the World Sports Betting Cape Cobras representatives won their high-profile cross-pool showdown against St Stithians College (Imperial Lions) and also beat Kearsney College (Hollywoodbets Dolphins) in Pool B to remain as one of only two teams with a 100 percent record intact.

The other was home favourites Hoerskool Waterkloof (Momentum Multiply Titans) after they stayed top of Pool A by beating Grey High School (Warriors) and then winning the big match-up of the day against old rivals St Stithians.

However, it was Welsh, whose displays caught the eye most. The spinner claimed an impressive five for 20 as his team rolled over Kearsney for 100 on Tuks C Field, where 26 by Michael Levitt helped the Cape side cruise to a four-wicket win with 17 balls to spare.

In their earlier clash against St Stithians, he claimed two for 15 in a 15-run. Batting first after their opponents won the toss and fielded, SACS 137 for six with 30s for Matthew Klusenser (39) and Kai Curran (31)

Welsh received good support from Nathan Ansell (2/15) to restrict the Gauteng side to 122 for nine and cap a solid day for their them, who are the runaway Pool B leaders with an eight-point lead over Grey.

Waterkloof have an even bigger lead in Pool A where they are nine points clear of St Stithians, who they overcame by four-wickets in a tight high-profile match at the Tuks Oval.

The match lived up to all expectation as the locals won the toss and put their rivals into bat first – the response being an impressive 160 for seven thanks to Reuben du Toit’s swashbuckling 81 off 51 balls.

Richard Ackermann was the pick of the bowlers with two for 28, before he then top scored with an unbeaten 40 as Waterkloof edged over the line with three balls to spare.

In their other game of the day, the home favourites thrashed Grey by 61 runs. Batting first, Christiaan du Toit (40) and SW Kemp (46) put on 70 for the first wicket to set their side up for a mammoth 172 for seven.Hernus Marais then claimed two for 10 as the Eastern Cape side were bowled out for 111.

The final day of the CSA Schools T20 Challenge takes place on Sunday. To follow the action live from Pretoria, go to www.websports.co.za.