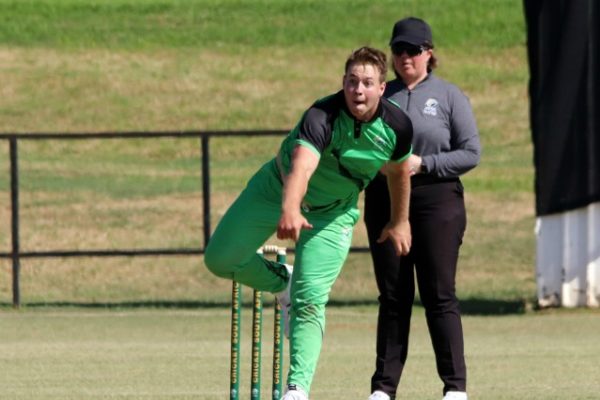 A new champion with be crowned tomorrow during the final day of the annual Cricket South Africa T20 Schools Challenge in Pretoria. The champions of 2011, Waterkloof of Pretoria, will face SACS of Cape Town, who will be playing in their first final from 14:00 at the Tuks Oval.

Both teams are the only unbeaten teams left in the competition. They will play one final cross-pool match tomorrow morning, but the outcome of both these matches will have no impact on the pool standings. Waterkloof will face Kearsney College, while SACS will warm-up against St Andrews of Bloemfontein.

The defending champions, St Stithians College, was the only other team par the finalists who went into the second day’s play with their unbeaten record intact. They however suffered two defeats against Waterkloof and SACS during the second day.

St Stithians was on their way to a victory over Waterkloof, but the team from Pretoria managed to pull it through with three deliveries to spare. The Klofies needed eight runs from the final over with Richardt Ackermann (40*) strucking two fours of the bowling of Liam McCarthy to secure the victory.

Saints’ Reuben du Toit’s run-scoring prowess during the competition continued as he added an invaluable 81 runs towards his side’s total op 160/7. Du Toit’s 152 runs so far during the weekend is the second highest by any batsman. Ackermann was also the pick of Klofies’ bowlers as he grabbed two wickets at the cost of 28 runs.

The highest run-scorer in the competition after the second day is the opening batsman of Waterkloof SW Kemp. He has scored 159 runs in his side’s four matches thus far at an average of 39.8 runs per innings.

Kemp scored 46 runs as he and Christiaan du Toit (40) shared a 79-run opening partnership in Klofies’ second match of the day against Grey High School. Klofies won the match comfortably by 61 runs.

SACS won their first match of the second day against Kearsney College by six wickets. The hero being Oscar Welsh who picked up the first five-wicket haul of the finals tournament. He finished with bowling figures of 5/20.

The team from Cape Town then handed St Stithians their second defeat of the day to book their place in the final with a 15-run victory. Opening batsman Matthew Klusener top scoring with 39 runs.

Kearsney College’s captain, Cade Carmichael, experienced a good day with the bat in hand. He struck 47 runs against SACS in the morning session, before hitting an unbeaten 75 runs against Queen’s High in the afternoon.

Waterkloof, representing the Titans franchise and the Cape Cobras region’s SACS will meet in the final of the CSA Schools T20 Challenge at the Tuks main oval on Sunday afternoon.

They booked their place in the competition’s prestige showdown by winning both of their games on Saturday and, with a game to go, they are joint leaders of the points table and cannot be passed, irrespective of the results of the final cross-pool games on Sunday morning.

Waterkloof beat the defending champions, St Stithians by four wickets in a thriller on Saturday morning, and followed that up with a convincing, 61-run win over Grey High in the afternoon.

SACS beat Kearsney in the morning and then eliminated St Stithians from the competition, beating them by 15 runs in the afternoon.

SACS’ off spinner Oscar Walsh returned the best bowling figures of the day – 5/20 in his four overs against Kearsney in the morning game, he took a further two sticks against SACS in the afternoon.

There were four half centuries scored in the day. The top score came from Reuben du Toit of St Stithians, who made 81 against Waterkloof. Nicholas Keevy was 61 not for Grey High against Graeme College, Kearney’s Cade Carmichael was 75 not out against Queens and Nhlanhla Ntleko got 59 for Queens in the same game.