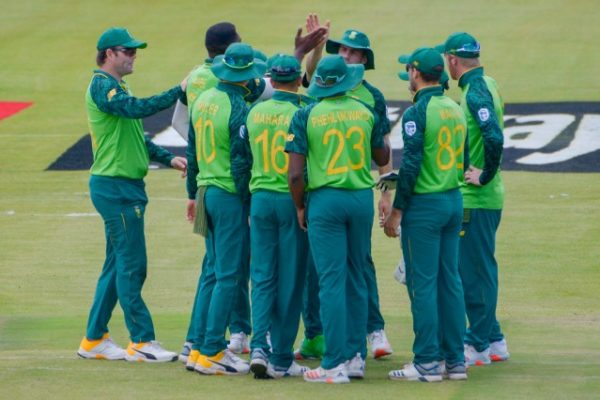 Cricket South Africa (CSA) has congratulated the Standard Bank Proteas on their successful climax to the home international season with the Momentum One-Day International series victory over Australia.

The Proteas took a winning 2-0 lead in the three-match series when they won the second match at the Mangaung Oval in Bloemfontein on Wednesday evening by a convincing six-wicket margin with 9 balls to spare.

They now have the chance to complete a second successive home ODI series clean sweep against Australia in the final match at Senwes Park in Potchefstroom on Saturday.

“It has been a frustrating season with the team having gone close without getting over the line in some of the other series and it is wonderful to bring our home international season to a fitting close.

“Congratulations must go to all the players and support staff as well. There have been some brilliant individual performances, notably by Heinrich Klaasen, Lungi Ngidi and Janneman Malan, and they are all young players who should be able to take the Proteas from strength to strength in the years ahead.

“Lungi has become the fastest South African to take 50 ODI wickets and is one of the eight Proteas to take six or more wickets in an ODI innings and he deserves special congratulations for that. The same applies to Heinrich and Janneman who both recorded maiden ODI centuries, Janneman in only his second match.

“It is a remarkable fact that the Proteas have now beaten Australia in 10 out of their last 11 ODI encounters in South Africa, Australia and at the World Cup in England.

“It has been a tough home season for the Proteas against two of the powerhouses of the game in England and Australia. They can now face their next assignment against another powerhouse, India in India, with renewed confidence and self-belief,” concluded Dr. Faul.