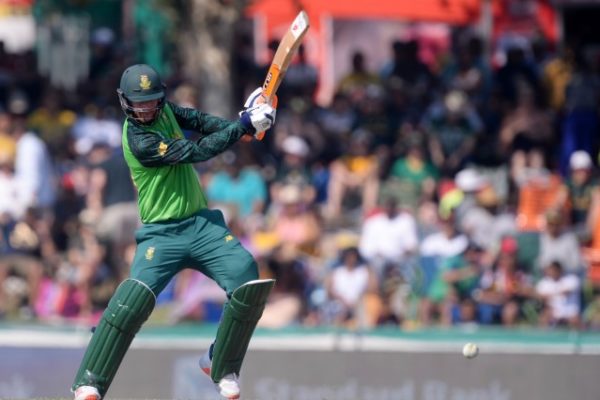 Heinrich Klaasen and Lungi Ngidi set the standard in their respective disciplines with bat and ball as the Standard Bank Proteas regained their competitive edge to beat Australia by 74 runs in the opening Momentum One-Day International at Eurolux Boland Park on Saturday evening.

Momentum Man of the Match Klaasen scored his maiden ODI century (123 not out off 114 balls, 7 fours and 3 sixes), coming to the crease when the Proteas, having won the toss, had suffered one of their all too familiar top order collapses to be 48/3 and then 50/3 at the end of the opening power play. He stayed to the end to set up a very good total of 291/7 at a venue where the team batting second often finds big totals difficult to chase.

The recovery was started by a 78-run fourth wicket partnership with Kyle Verreynne – one of two debutants in the match along with Janneman Malan – and then consolidated by Klaasen and David Miller (64 off 70 balls, 4 fours and a six) with a record fifth wicket partnership against Australia of 149 as the Proteas scored 159/1 in the second power play and 82/3 in the final one.

Then it was Ngidi’s turn to nip out the two batsmen who Australia relied on the most to lay the foundation for a big chase – Aaron Finch and David Warner – and later went on to remove Mitchell Marsh with an absolute beauty that hit the top of off-stump.

He was not required to bowl his final two overs such was the margin of victory for the outstanding figures of 3/30.

Tabraiz Shamsi also played a key role which required him to bowl his final three overs into the final power play when he picked up both of his wickets. His game has grown with leaps and bounds since he was given the confidence that comes from consistent selection and he is one player who has nailed down his place on the road ahead to both the T20 World Cup this year and the 50 over version in 2023.

It was an outstanding all-round performance and whatever words were spoken in the changing room when the squad assembled have had the desired effect. The basics were all done well with the Proteas having two substantial partnerships to set up their total and batting the full 50 overs without relying on a major contribution from their captain.

The five-man attack also fired as a unit while the fielding was the best it has been all season with inspirational saves being made in the circle by a variety of individuals and Verreynne taking three outstanding catches.

Best of all was the fact that with David Miller being the senior player both in terms of age and experience the Proteas have a group of players who should all be around for the next 50 overs World Cup.

Steve Smith set the Australians up for a competitive chase with his innings of 76 (4 balls, 3 fours) but they were setback fatally when they lost 5 wickets in the second power play, leaving far too much to be done by the lower order.