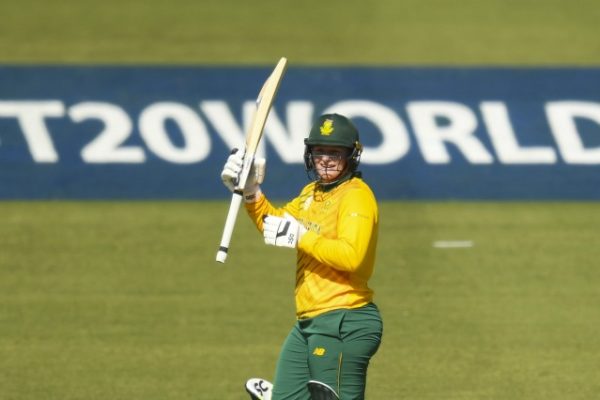 Lizelle Lee’s maiden career century led the Momentum Proteas Women to the highest total in ICC Women’s T20 World Cup history as they demolished Thailand by 113 runs in their Pool B clash at the Manuka Oval in Canberra on Friday.

The opener blasted three sixes and 16 fours in a whirlwind 101 of 60 balls to help South Africa amass 195 for three – a new record at the finals and one that surpassed the previous high of 194 for five made by India against West Indies at the last tournament in 2018.

The pacey Shabnim Ismail (3/8) and Sune Luus (3/15) then claimed three wickets each as the Asian competition debutants were blown away for 82.

That completed an emphatic win by Hilton Moreeng’s squad, who moved top of their group with two wins from two matches so far.

And they got there by setting several new landmarks along the way.

Right-hander Lee’s hundred was SA’s second in T20Is overall, but the quickest one, beating the only other ton scored by Shandre Fritz (116*) nearly a decade ago in October 2010 against the Netherlands in Potchefstroom.

It was also the 27-year-old’s highest score, beating her previous best mark of 84, with her 131-run second wicket stand alongside Sune Luus (61 not out off 41 balls, 5 fours 2 sixes), a record partnership for the second wicket.

Victory did come without one of their stars, though, after Marizanne Kapp was ruled out at the start due to a respiratory tract infection with captain Dane van Niekerk subsequently opting to bat after winning the toss.

The South Africans then lost their skipper in the third over for two, but from there it was one-way traffic as the Lee-Luus stand completely overpowered the Thai minnows.

Even after that stand was eventually broken, Chloe Tryon blitzed 24 off 11 balls, lifting the Proteas to a 196 target – and their second highest total in T20Is.

Thailand managed to reach 14 without loss by the fourth over after a few chances were put down, but an excellent run-out by wicketkeeper Trisha Chetty got the South Africans going.

That was followed by two successive deliveries by Ismail that cleaned up Nannapat Koncharoenkai and Naruemol Chaiwai for ducks – completing a team hat-trick in the process – and leaving the Thais in disarray.

Luus then wove her magic through the middle and lower order to leave the Asians all out in 19.1 overs, and sealing a second biggest win for her country in history.