Moreeng calls for a fresh focus against Thailand 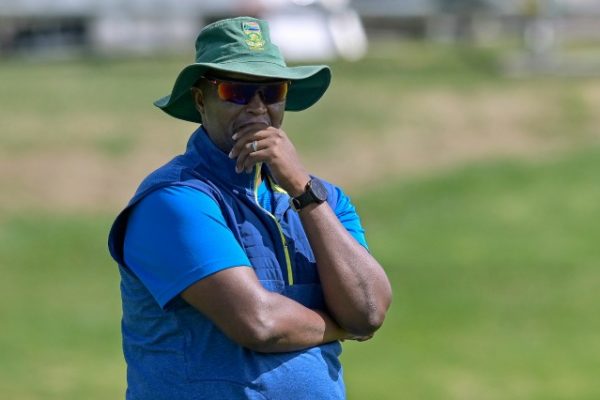 27 Feb Moreeng calls for a fresh focus against Thailand

Hilton Moreeng has called for a fresh focus as the Momentum Proteas Women get ready for their next ICC Women’s T20 Cricket World Cup assignment.

With less than 24 hours to go before South Africa take on Thailand at the Manuka Oval in Canberra, the head coach has stressed the importance of not looking too far ahead.

“Each of the players have to start again from zero,” urged Moreeng.

“We need to make sure that as a team, we start applying ourselves in key moments of the game and win the small battles.

“Ultimately, the key is to take it one game at a time.”

His sentiments come on the back of South Africa’s emphatic six-wicket win against England. And while it proved to be an all-round team effort, Moreeng credited the maturity shown by his senior players. None more so than veteran Mignon du Preez.

Playing in her 100th T20 International, the batter maintained her composure in the final over of the match as she struck a six and four as South Africa chased down the 124-run target with two balls to spare.

“The way Mignon handled the pressure to get us over the line – with the calmness and composure – is exactly what we’ve been yearning for as a team.

“At the end of the day you need players with calm heads in those situations and she applied herself perfectly.”

Moreeng will expect more of the same accomplished approach when his side face Thailand, who currently find themselves languishing at the bottom of Pool B, after suffering two defeats against the West Indies and England respectively.

Thailand are somewhat of an unknown quantity on the international circuit, with this being their maiden World Cup. But the Proteas and indeed Moreeng are weary of the threat that they and any other opponent can pose in the shortest format.

“They are a good, emerging side with a spin-orientated bowling attack. It’s important that we focus on what we can do as a team because they will be hungry to win the match. It’s a T20 game – anything can happen.”

With the shift from the West to the East Coast, the Proteas have prepared themselves for a change in playing conditions and the chance for any one of their batters to grab the headlines.

“It’s a touch on the slow side. There hasn’t been much turn from what we’ve seen from the other games. It is traditionally high-scoring so we’re anticipating a good cricket wicket.”

“As far as our batters are concerned, we have more than two or three that can clear boundaries, so it shows the experience within the side,” added Moreeng.

“It took time to make sure we had the right combinations and it excites us. You don’t know who will perform on the day because they’re all capable of turning the game on its head.”

The Canberra clash is the first of three games in five days. The Proteas will travel to Sydney on Saturday to continue their hunt for a semi-final spot with matches against Pakistan and West Indies.