Maharaj called-up for the Proteas ODI series against Australia 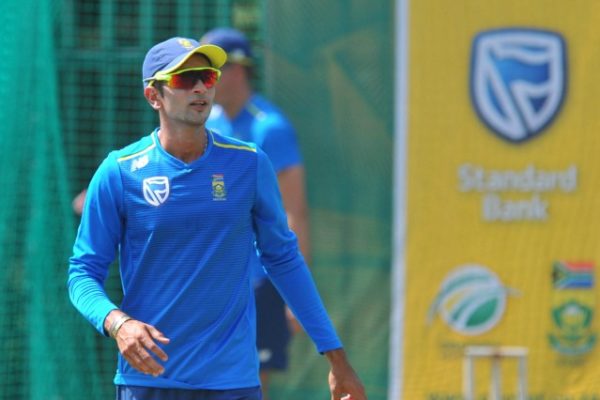 Cricket South Africa (CSA) is pleased to announce the Standard Bank Proteas squad that will take on Australia in a three-match Momentum ODI series taking place in Paarl, Bloemfontein and Potchefstroom from 29 February to 06 March 2020. The 15-strong team sees the inclusion of left-arm spinner, Keshav Maharaj for the first time since 2018.

With a busy year and a half in mind, the selectors have opted to give further rest to Faf du Plessis and other senior players such as Rassie van der Dussen and Dwaine Pretorius, while giving themselves an opportunity to see what some of the country’s up and coming talents have to offer.

Among the picks for the series are Lutho Sipamla and Janneman Malan who showed good signs for the future against England and Kyle Verreynne who was also picked for the ODI series against England but did not play. The selectors have followed his progress in the domestic 50-over competition, the Momentum One-Day Cup and are pleased to call him back into the squad with the plan to give him an opportunity when it arises.

The full team is as follows:

“With the completion of the 2019 Cricket World Cup and the next one being three years away from now, we always saw the series against England and Australia as an opportunity to play some fresh talent,” remarked head coach, Mark Boucher. “If we feel that we need to rest players, we will, as we have done in the recent past.

“Faf (du Plessis) has been fantastic for us in white ball cricket and remains very much in our ODI plans and we will manage his workload for the near future diligently.

“I would like to strengthen our depth pool right now and see what players we have out there. I feel that this is the time and opportunity to do so,” he concluded.

“We are excited to see what will come from the selections we have made ahead of this latest series against Australia. It is again another young squad that sees the absence of some senior players in Faf, Rassie (van der Dussen) and Dwaine (Pretorius), while we balance the workloads of individuals ahead of an extremely busy year and a bit for the Proteas men. At the same time, it is a good opportunity to give younger and less experienced players an opportunity to show us what they’ve got to offer when the spotlight is fully on them. We have every confidence in their capabilities and potential, which is why we have backed them to take on the task of playing this formidable Australian side.

“We are pleased to call up Keshav (Maharaj) who has done really well with the white ball over an extended period of time in the domestic franchise competitions of CSA. His experience, the extra spin option he provides us as well as the added contributions he makes with the bat and with fielding will be welcomed additions to the team.”