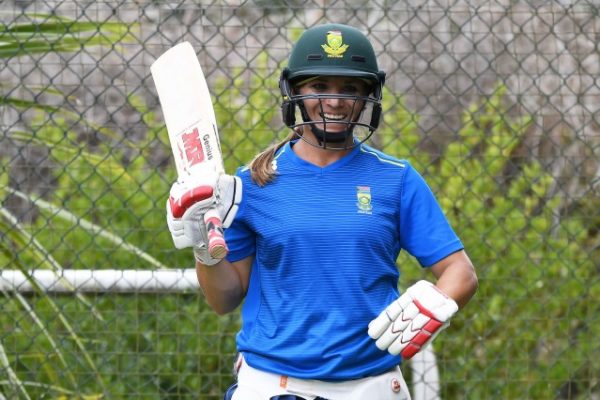 CRICKET SOUTH AFRICA (CSA) has congratulated Mignon du Preez on becoming the first Momentum Protea to reach the milestone of a century of appearances in the T20 International format.

She played her 100th game when she took the field in the Proteas opening match of the ICC Women’s T20 Cricket World Cup against England at Perth today. She is the 13th player overall to reach this landmark.

“Congratulations to Mignon on this notable achievement,” commented CSA Acting Chief Executive Dr. Jacques Faul. “She has now done the double of a century of caps in both white ball formats and she has been a stalwart member of the Momentum Proteas for the past 13 years. She was named Momentum Women’s Cricketer of the Year in 2010 and has made centuries in both Test match and ODI cricket.

“Longevity is always a sign of a player who has been consistently outstanding over a period of time and her record stands comparison with the best.

“It is highly appropriate that she should celebrate this occasion against the powerful England side at the famous WACA ground which has witnessed many great moments in cricket history.

“She will undoubtedly be a key player for us at the Women’s T20 World Cup and we wish her everything of the best for the next chapter in her illustrious career,” concluded Dr. Faul.