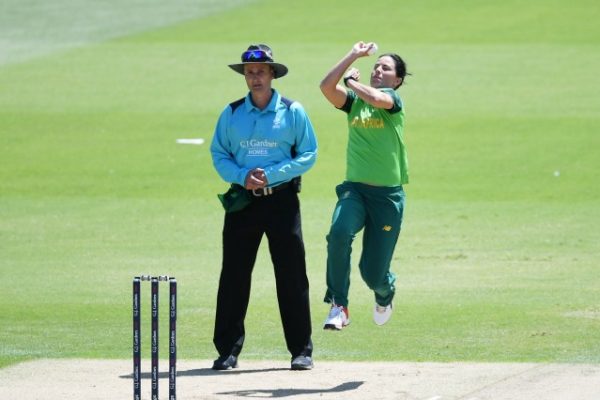 In their second and final warm-up match of the ICC T20 Women’s Cricket World Cup, the Momentum Proteas Women experienced a four-wicket defeat to host nation, Australia, in Adelaide on Tuesday.

An inspiring half-century from the captain, Dané van Niekerk, of 62 off 51 balls (seven fours, three sixes) helped South Africa post 147 for six before a crucial 83-run partnership between Meg Lanning (47) and Rachael Haynes (39) propelled the Aussies to victory with three balls to spare.

This was despite a superb bowling display from Marizanne Kapp, whose figures of four for 16 posed a threat to the outcome.

After losing the toss and being asked to bat first, the Proteas Women got off to an ideal start as opening pair, Lizelle Lee (29) and Van Niekerk put on a 79-run stand off 64 deliveries. Van Niekerk then combined well with Kapp (22) to take their side into triple figures, with the former reaching a quicker than a run-a-ball fifty.

The Australians then fought back, taking four key middle-order wickets to reel in their opponents before Suné Luus contributed 11 runs to take her team to three shy of the 150-run mark. Delissa Kimmince was the leading bowler for the home side, nabbing two for 34.

In reply, Australia Women were rocked by early wickets as Kapp led the charge with a fiery opening spell. The imposing all-rounder removed three of the top five batters, in addition to Nonkululeko Mlaba’s (1/19) initial strike to leave the defending T20 champions struggling on 35 for four.

It was then the Lanning-Haynes show at the Karen Rolton Oval, as the pair proceeded to take the game away from the visitors, dispatching 11 boundaries between them, to guide their side to the cusp of victory.

Although Kapp returned to break the partnership and remove Haynes, while Ayabonga Khaka (1/31) dismissed Lanning, it was a little too late for the Proteas Women with Australia reaching their target with three balls to spare.

South Africa will kick off their T20 World Cup campaign on Sunday, 23 February with a Pool B clash against England Women at the WACA in Perth.

Full List of Fixtures for the Momentum Proteas Women: (all local times)