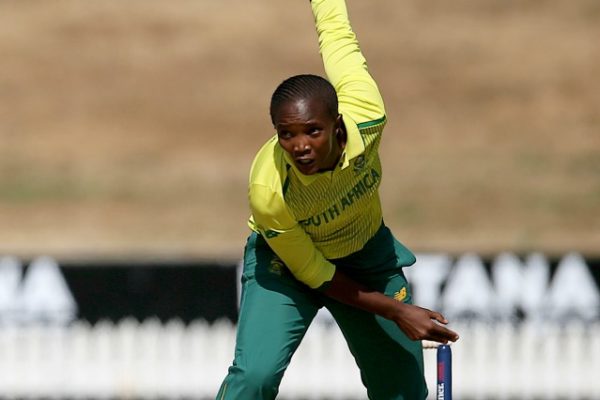 The third T20I at the Basin Reserve in Wellington saw the Proteas Women head out with the hope that the Twenty20 cobwebs were out of the way and they could put in an improved performance, and a better overall execution it was as they walked away with an important five-wicket win over the White Ferns to stay alive (2-1) in the five-match series.

This time they hit the field first and swung the bowlers around from the outset with Ayabonga Khaka leading the charge with impressive figures of 2/14 from her three overs. The opening pair of Marizanne Kapp and Shabnim Ismail bowled plenty of good balls and if not for some dropped chances, they could have done some early damage.

The hosts batted well in the early stages and looked set for a big total before Khaka came into the fray with the wicket of Rachel Priest (14). That held the Ferns momentarily from getting completely away. The overreliance on the duo of Sophie Devine and Suzie Bates continued, however the Proteas neutralized the threat and managed to restrict the latter to 23 after being run out from the non-strikers end.

Devine, the Ferns captain who has been exceptional with the bat in this series continued from where she left off with another stellar display of 77 runs off 57 balls. After losing a few batters around her, she finally departed in the seventeenth over, caught by Chetty off the bowling of Sune Luus. The damage was already done and after her dismissal they finished with a competitive 5/153.

In reply, the Proteas went in for the kill, van Niekerk leading the way with a measured 42 off 40 ball as the target was reached with five wickets and two balls to spare.

The chase did not get off to the best of starts as Laura Wolvaardt (1) was caught at point off the bowling of Devine, and Kapp who was making a comeback after missing the first two encounters followed with a crucial 20 runs off 15 balls.

With the score at 56/3, Mignon du Preez 23 (22) came to the crease and played a crucial knock as her partnership with van Niekerk of 42 set the foundation for what was to be an entertaining finish led by the destructive Chloe Tryon.

The Proteas all-rounder was ruthless from the onset as she hit 3 sixes and 2 boundaries on her way to an unbeaten 34 off 16 to lead the South African Women to an impressive five-wicket victory.

The two teams will be back tomorrow at the same venue for the fourth T20I and Tryon believes the team should continue with the same mindset in order to draw level before heading to the south island.

She said: “It was an all-round team performance today and we are happy that we managed to win and stay alive in the series. What will be important is that we should come back tomorrow with the same attitude and make sure that we execute our plans well in all facets of the game to take this series to the last game in Dunedin.”