Dane van Niekerk: We want to follow in the footsteps of Siya and The Springboks 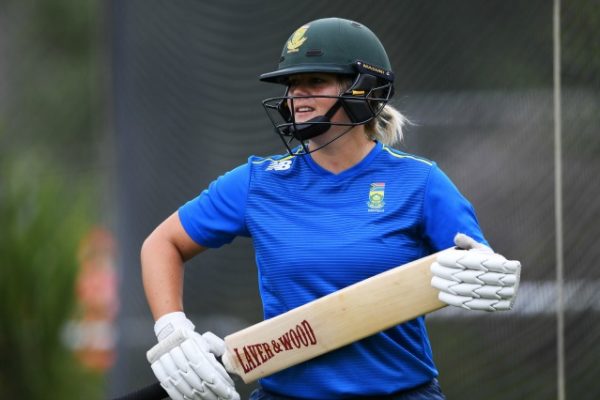 09 Feb Dane van Niekerk: We want to follow in the footsteps of Siya and The Springboks

The captain is hopeful of uniting South Africa at Australia 2020 by harnessing the spirit of last year’s Rugby World Cup stars, led by Siya Kolisi.

The camp is very positive, and the belief is well and truly strong. All the hard work has been put in over the past year. We’ve done our homework and I think we can be very confident.

We have a great team, one of the best we’ve ever been able to pick and send to an ICC event. We have a full-strength squad, which makes everything easier for me as a captain. We’ve got a great balance of experience and youth, which makes for a good set-up in the side.

I think the make-up of the whole squad makes for a really good show and I’m a big believer in the power of sport in uniting the country.

No women’s team has won a World Cup before and we are hoping that as a team, we can unite the country in our own way, especially considering the challenges we face as women in South Africa.

We are aiming to go out there and do something special for our country just like Siya Kolisi and the Springboks did in the Rugby World Cup in Japan.

The first game against England in Perth is going to be massive. These matches are the ones you live for as an international cricketer. We need to be up and ready to play one of the best teams in the world in our first game.

We can’t wait to get up in the mornings in Australia and prepare for that kind of contest. The WACA ground is a great one to play on.

Some of us have great memories of playing there in the Big Bash – I think Lizelle Lee’s are the best though after she hit a hundred there for Melbourne Stars back in November. It’s going to be so exciting.

That said, we need to make sure we face every team with the same intensity. It’s an ICC tournament and every team is going to be at their best, making every match just as tough as the next.

It doesn’t matter if we’re playing Thailand or England, one bad day can put you way back in the standings. We’re not going to take anyone lightly.

For a tournament like a World Cup, you need momentum and you need a lot of it. As a captain, I’m just searching for momentum wherever we can get it and that started with the ICC Women’s Championship ODI series and then our warm-up matches.

Hopefully our youngsters can cash in on the experience gained there and we can take the momentum straight into Australia.

Many of our players have been successful in Australia in the Big Bash both last year and the year before, and I think that experience will benefit us as well.

Everybody has done their homework and now it’s about going out there and representing our country with pride.