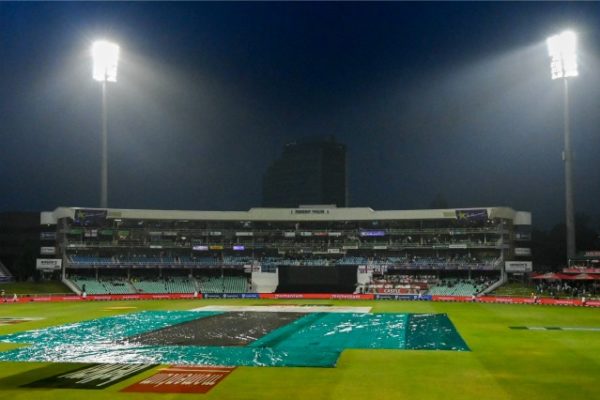 THE Standard Bank Proteas and England endured a frustrating time of trying to make something out of the second Momentum One-Day International at Hollywoodbets Kingsmead on Friday before the rain finally put an end to their efforts with a no result.

The Proteas thus go to the Imperial Wanderers Stadium on Sunday 1-0 up the three-match series for the decider in the iconic Pink Day ODI.

Rain delayed the start of play, causing the match to be reduced to 45 overs per side before a ball had even been bowled. There was then a further lengthier delay that saw the match reduced to 26 overs per side at which stage the Proteas were 38/1 in 6.3 overs.

They then had another attempt to advance the game, taking the total to 71/2 in 11.2 overs before the game came to a sodden conclusion with Temba Bavuma being dismissed off the last ball that was possible.

England named an unchanged side from the one that had done duty at Newlands in the first ODI while the Proteas in their only change gave a first cap to Bjorn Fortuin who became the 136th player to represent South Africa in the longer white ball format.