Maketa confident of an improved performance from Junior Proteas against Afghanistan 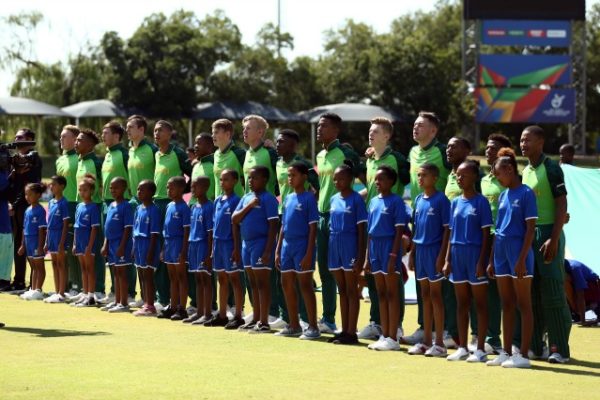 South Africa under-19s will conclude their 2020 ICC under-19 Cricket World Cup journey when they take on Afghanistan in the Super League seventh-place play-off match in Benoni on Wednesday.

The encounter will take place at the Willowmoore Park Stadium from 10h00, with FREE entry at the stadium for all spectators. The match will also be shown live on SuperSport 6.

Cricket South Africa High-Performance consultant to the SA U19s, Malibongwe Maketa, says the side hopes to put on a much better display, particularly against spin, following their seven-wicket defeat to the subcontinent outfit in the first game of the tournament in Kimberley.

“They do have quality spinners, no doubt, and we did struggle in the first game. Going into this game, we’ve had a look at them, we know what to expect and we want to make sure we play with positive intent,” Maketa began.

“That for us, will be the best way forward and we will be able to examine the growth that we’ve made, so I look forward to the challenge.

“It won’t be an easy one, but I am sure we will see a big improvement,” he continued.

After the opening day loss to Afghanistan, South Africa bounced back to claim impressive back-to-back victories over Canada and the United Arab Emirates to finish second in Group D before losing out to Bangladesh in the Super League quarter-finals.

This was then followed by a valiant defeat to the West Indies in the fifth-place semi-final last Saturday.

Maketa agrees the outcome of the matches throughout the campaign have been not been up to scratch but chooses to focus on the positives, namely the growth of the youngsters he has witnessed since joining up with the team at the start of the new year.

“Results-wise, it’s been disappointing because we wanted to do better than we did but in terms of growth that I have seen, it has been unbelievable in the way that they have absorbed information,” he commented.

“I do not doubt that these cricketers will filter into our system and make a good contribution going forward.

So, in the bigger picture, I am quite pleased with the growth that I have seen,” Maketa concluded.