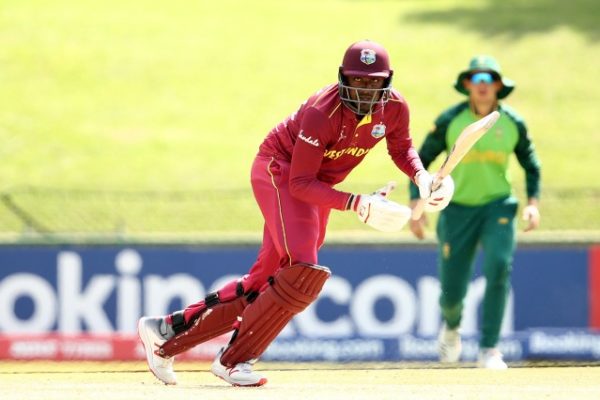 The South Africa under-19s failed to bounce back from a disappointing defeat in the ICC under-19 Cricket World Cup Super League Quarter-final as they went down by four wickets to the Windies in the Play-Off semi-final on Saturday in Potchefstroom.

An impressive bowling display on a pitch that offered a lot to the bowlers helped the Caribbean outfit remove the Junior Proteas for 144 all out. The Windies, led by captain, Konami Melius (29), then chased down the target with four wickets in hand, despite a commendable effort from the home side.

The SA U19s won the toss and elected to set a score but were pegged back with Jonathan Bird (13), captain, Bryce Parsons (7) and Luke Beaufort (9) falling early. Although wickets fell around him, opener, Levert Manje imposed himself well to get to a 63-ball 43 (three fours, two sixes) alongside wicket-keeper batman, Khanya Cotani (27) to get the hosts to two runs shy of triple figures.

A run out of Manje then sparked a middle-order collapse, as four more wickets went down in quick succession, including Jack Lees, (7), Pheko Moletsane (1), Cotani and Merrick Brett (1) to leave the home side reeling on 122 for eight.

In their reply, the West Indies were also rocked by early departures at the crease as the SA U19s started their defence with great impetus.

Top-order batters, Leonardo Julien (0) and Kelvon Anderson (1) were dismissed during a fiery opening spell by Merrick Brett (two for 33) and Cloete (one for 40) before Melius and Kirk McKenzie (19) battled hard to repel the South Africans’ attempts to make serious inroads.

The spin duo of Parsons (two for 23) and Moletsane (one for 6) finally broke their third-wicket stand but their momentum was soon foiled by an important 47-run partnership between Antonio Morris (26) and Patrick (25) as they edged closer to victory.

Nyeem Young (10) and Joshua James (15) then chipped in with vital runs to help get their side over the line with 50 balls remaining.

The SA U19s will now face either Afghanistan or Australia in the Super League 7th place Play-off final on Wednesday, 05 February from 10h00 (SA time) at Willowmoore Park in Benoni.