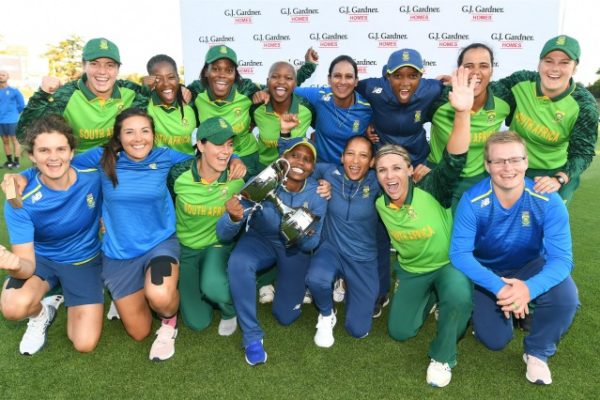 Cricket South Africa (CSA) has congratulated the Proteas Women’s National side on their outstanding 3-0 series clean sweep of New Zealand in the ICC Women’s Championship competition.

The Proteas completed their historic victory by beating New Zealand by a convincing six wickets with 76 balls to spare at Seddon Park, Hamilton, today on the back of a six-wicket haul by Sune Luus followed by a solid batting display by the top-order. In the process Luus became the first player to take two six-wicket hauls in Women’s ODI cricket.

“This not only puts them in a very strong position to finish in the top four in the Women’s Championship and thus secure direct qualification for the ICC Women’s World Cup in 2021 but also will give them great confidence and belief that they will do the nation proud in the ICC Women’s T20 World Cup in Australia next month.

“What has been particularly impressive is the fact that this has been a real team effort with many different players contributing to their success.

“They are now up to third place on the Women’s Championship log and direct qualification remains very much in their own hands. It is also highly encouraging that they have done well in New Zealand who are the host country for the 2021 World Cup.

“We wish them everything of the best for their T20 series against New Zealand before they head to Australia for the ICC Women’s T20 World Cup,” concluded Dr. Faul.