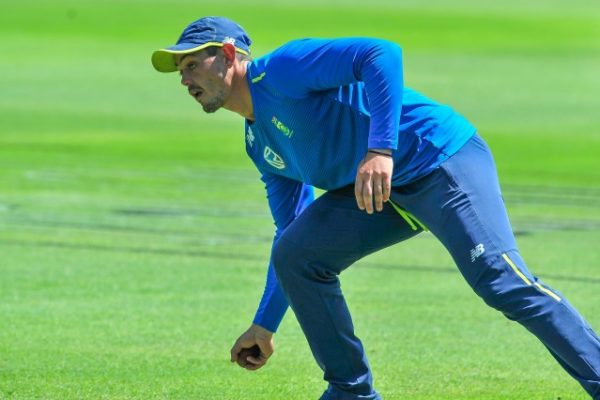 THE Standard Bank Proteas desperate battle to avoid the follow on became the game within the game as England again dominated day three of the third Test match at St. George’s Park, Port Elizabeth, on Saturday.

If they do manage to achieve that preliminary target which will have to be done against the second new ball which has only been used for three deliveries so far, they will by no means be out of the woods as England at the moment hold a lead of 292 runs and South Africa only have four wickets in hand.

But, with the weather forecast remaining unfavourable for the remainder of the match any time the Proteas can take out of the match by forcing England to bat a second time will prove invaluable.

De Kock and Philander showed that there are still plenty of runs in the surface in spite of their side’s precarious position and this was also underlined by the gallant performance of night watchman Anrich Nortje who withstood everything England could come up with for more than three hours.

England have had to use Ben Stokes as sparingly as possible and he has only really been used as a bowler when the need has been great such as at the climax of the second Test at Newlands and again when Joe Root brought him on to bowl after more than 60 overs of the innings to get rid of Nortje after a sojourn of 189 minutes for his 18 runs (136 balls, 2 fours).

Stokes at least showed that he is human by dropping three slip catches offered by De Kock.

Overall, the day was a continuation of the triumph of the young players England have brought into their Test team. Dom Bess captured the first five wickets in the innings for his first five-wicket haul at this level following the earlier successes by Ollie Pope with his maiden century and Sam Curran with his adventurous half-century that had a lot to do with the fact that South Africa still have some way to go to avoid the follow on.

Nortje’s innings was the fifth longest by a South African night watchman following the below list:

It will need more of Nortje’s backbone to get the Proteas out of this match with the series still level.