Stokes sets up, then rounds off comprehensive England win 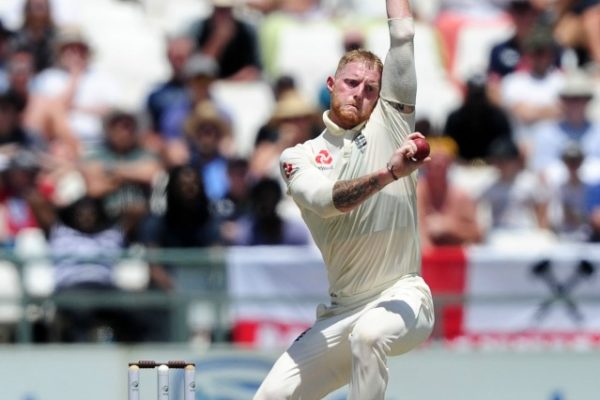 07 Jan Stokes sets up, then rounds off comprehensive England win

BEN STOKES was, as always, the man for the moment as he claimed the final three wickets to give England a series-levelling win by 189 runs with 50 balls in hand in an appropriate climax to the second Test match against the Standard Bank Proteas at Newlands on Tuesday.

The two teams now go to St. George’s Park for the third encounter, starting on Thursday week, locked at 1-1 with two matches to go.

Stokes’ contribution to the England win was enormous as he was always in the game, making runs in both innings, taking five catches in the first innings and then those vital last three wickets in the second as the Proteas, declining to take runs to protect wickets, lost their last five batsmen for just 11 runs.

What was even more important was the pace at which he got those second innings runs at a time when no other batsman on either side was able to lift the run rate to more than three to the over. By taking charge the way he did he created the opportunity for England to have a possible 146 overs in the South African second innings and that was almost as many as they needed to get the job done.

He sent down a total of two balls short of 24 overs and had the outstanding return of 3/35 as he had to fill the gap caused by the problems suffered by Jimmy Anderson who was unable to bowl more than a handful of overs.

This should have been a serious setback for England as the veteran quick has regained his best rhythm in this match.

In spite of Dom Sibley’s maiden Test century, Stokes could be the only candidate for Man of the Match.

For South African fans hoping for a fairy tale ending it was not to be with Pieter Malan falling 16 runs short of a maiden Test match century (288 balls, 3 fours and more than 6 hours of stoic resistance) and Vernon Philander on his last Test innings at Newlands being the last man out rather than saving the day.

Malan apart, the only contribution of note came from Quinton de Kock (50 off 107 balls, 7 fours) who showed his ability to play the match situation that the occasion demanded before he miscued a pull shot off the bottom of his bat. It was a remarkable sight to see him batting against a field that had seven men in close catching positions and the other two within 30 metres of the bat.

The Sunfoil Education Trust (SET) benefited to the extent of R234 000 from boundaries and sixes hit and wickets taken by the two sides during the match with the cumulative total for the series now standing at R494 000.