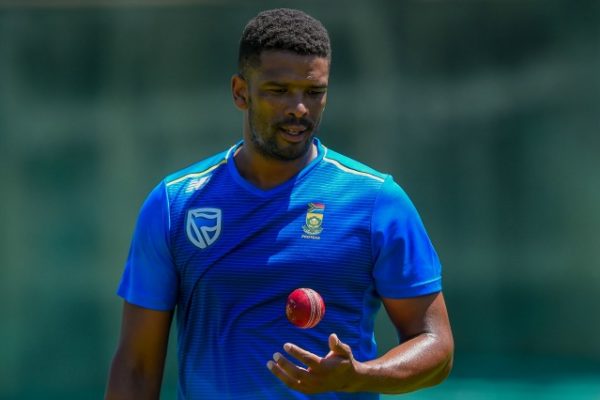 Standard Bank Proteas all-rounder Vernon Philander, has called time on an exemplary international career with the announcement of his retirement from all forms of international cricket at the end of the Test series against England in January 2020.

In an international career that has spanned more than 12 years, Philander has played 97 matches across all three formats, taking a combined 261 wickets with 1784 runs scored.

The 34-year-old from Cape Town burst onto the scene with an unforgettable debut Test match against Australia in November 2011. It saw him take an outstanding combined 8/78, including a famous spell of 5/15 that had the visitors bowled out for 47 in their second innings of the Test at Newlands as South Africa cantered to victory by eight wickets. He also took a record-breaking 51 wickets in his first seven Test matches which earned him the 2012 South African Cricketer of the Year accolade at that year’s Cricket South Africa annual awards gala along with Test Cricketer and Fans Cricketer of the Year trophies.

Over and above those enviable achievements, Philander picked up 100 Test wickets in 20 matches and pulled off an remarkable batting innings of 105 minutes and 98 balls for an unbeaten 27 runs in Sri Lanka in 2014 to save the Test match, helping South Africa regain their number one Test ranking.

Philander made the following statement:

I would like to hereby announce that I will be retiring from international cricket at the conclusion of the Test series against England. I feel that it is the appropriate time to conclude what has been an amazing journey.

I want to give thanks to my Heavenly Father for blessing me with the opportunity to represent my country for the last 12 years. It has been a honour and privilege to have played alongside the very best in the game as well as being part of the best test team for a number of years.

Thank you must also go to CSA, the Cape Cobras, all the coaches, management, captains and team mates and the very special fans from all over the world for your love and support.

I would like to say a special thanks to my wife, family and friends for your loyalty and support on this journey which has obviously had its ups and downs. And to my number one fan since day one – Mom, thank you so much.

I would like to express my gratitude to all the sponsors of the game of cricket in South Africa as well as my own amazing sponsors who have become like family over the years.

Cricket South Africa Director of Cricket, Graeme Smith commented on the effect that Philander has had on the Proteas set-up and South African cricket as a whole.

“Vernon has been an outstanding performer in the time that he has represented his country, especially in the Test format. He has made a huge impact for the Proteas and has been at the frontline with the ball for most of his time in the set-up. He has given his best in every appearance and I think that how he has turned himself into an all-rounder has been particularly pleasing to watch.

“One of the many things that have stood out for me with Vern is his character, his determination and the way that he has always been up for a fight and a challenge has shown the heart of the man. He has really done himself and his family proud and I hope he can finish his final series for South Africa with the same character and flair that has become synonymous with him.

“I wish him all the best for his future endeavours and I’m certain that he will continue to make an impact on the game we all love in one way or another with future generations,” he concluded.

CSA Acting CEO Dr. Jacques Faul echoed Smith’s remarks saying; “Vernon has made a huge contribution to the success of the Standard Bank Proteas over the past years, particularly in Test cricket. Nobody will ever forget his memorable debut against Australia in 2011 in red-ball cricket or his remarkable opening spell against New Zealand, also at his beloved Newlands, when he took what was is the fastest five-wicket haul in the history of Test cricket as far as it can be ascertained.

“The finest tribute one can pay is that he briefly overtook our acknowledged champion, Dale Steyn, as the No. 1 ranked bowler in Test cricket.

“He also made big contributions with the bat, notably to save a Test match in Sri Lanka, while his all-round contribution with bat and ball went a long way to win the memorable Lord’s Test match in 2012 and earn the Proteas the No. 1 ranking in Test cricket.

“On behalf of the CSA family I thank him for his valued contribution to South African cricket over an extended period of time and wish him everything of the best for his future endeavours,” concluded Dr. Faul