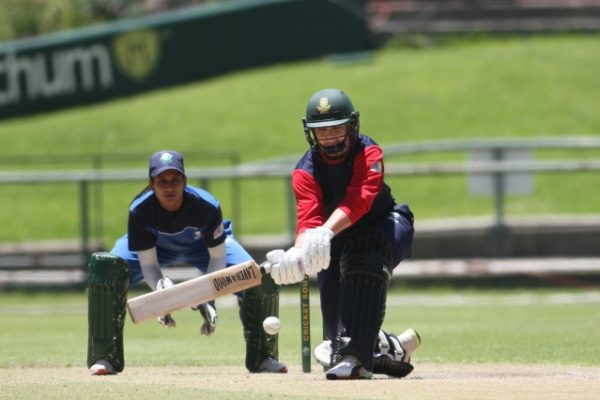 The Proteas Women captain smashed two sixes and 10 fours in her 69-ball innings to set her side on their way to a 33-run win, while Anneke Bosch starred in the day’s other game by clubbing 81 not out (57 balls, 12 fours, 1 six) as Starlights easily overcame Duchesses by 43 runs.

That result, coupled with Coronation’s win, handed Dinesha Devnarain’s team the title in the Mother City, drawing the curtain on the 2019/20 competition.

Van Niekerk led her side from the front in the morning game, and after her side lost the toss and were put into bat, they were hardly troubled on their way to a massive 163 for two.

The all-rounder put on 81 for the opening wicket alongside Faye Tunnicliffe (26), before Andrie Steyn (17) and Mignon du Preez (25 not out) helped put their side in a powerful position at halfway.

In response, Francois van der Merwe’s Thistles were hardly a threat as they succumbed to 130 for eight – well short of even making the game a contest.

Their top-scorer was Nadine de Klerk with 30, while Robyn Searle managed 24.

The Thistles line-up was destroyed by Zintle Kula (2/15), Nonkululeko Mlaba (2/20) and Jane Winster (2/25), who all claimed two wickets to seal what turned out to be a simple win.

After the latter won the toss and bowled, they watched their bowlers struck all around the park as the former amassed 156 for one.

Annemarie Dercksen (12) was run out early, but that did not stop Bosch and Laura Wolvaardt (61 off 48 balls, 6 fours, 1 six) from a dismissive display.

It was then the Chloe Tryon show, with the South Africa all-rounder claiming four for 21 to restrict the Duchesses to a poor 113 for eight.

Only Lizelle Lee (33) and Sune Luus (25) managed any substantial contributions, but Tryon ran riot to complete a comfortable win – one that saw her side finish third on the table behind the team they beat.