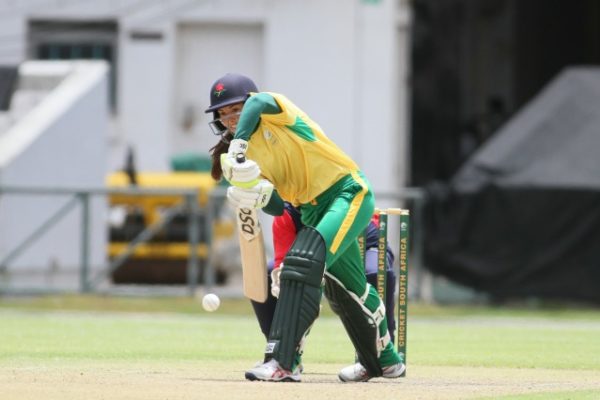 The Proteas Women ace claimed an impeccable one for 18 with the ball and then struck 40 off 47 balls to help her side to a six-wicket win at Newlands.

There was also a first victory of the weekend for Starlights after they overcame Thistles by five wickets in the earlier game, in which Anneke Bosch and Laura Wolvaardt excelled.

But the key win of the day was claimed by Martelize van der Merwe’s Duchesses, who won the toss and opted to bowl first against Dinesha Devnarain’s Coronation – both teams having won their opening games of the competition on Saturday.

The national captain was run out by Luus, though, preventing her side from possibly scoring a few more runs, with the latter also going on to complete a tidy four-over return.

The pick of the bowlers was Micaela Andrews with two for 22, while Christine Tomlinson claimed an impeccable one for 12.

Another Protea player, Shabnim Ismail, was even more incredible with the ball, returning numbers of 4-2-8-2, although those were not enough to help her side defend their 112 target.

Instead 40s by Luus and Lizelle Lee (46 off 40 balls) took Duchesses over the line with seven balls to spare.

In the days other game, Claire Terblanche’s Starlights were too good for Francois van der Merwe’s Thistles.

Batting first, Carmen Nagel top-scored with 42 off 36 balls to help the latter team post 113 for seven. Trisha Chetty also chipped in 24 off 25 balls.

Tatum le Roux was the pick of the bowlers with two for 25 in her four overs.

Most of the runs during the reply came via the bats of Annemarie Dercksen (20 off 33 balls) as well as 30s from Bosch (39 off 40 balls) and Wolvaardt (35 not out off 22 balls) – Starlights sealing a first win of the tournament with nine balls to spare.

The final day of the CSA Women’s Super League takes place on Monday. To follow the action live from Cape Town, visit www.websports.co.za