Wins for Coronation and Duchesses on opening day of WSL 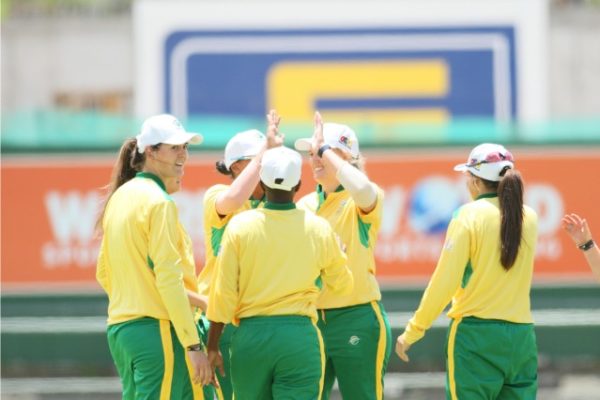 Coronation also won their game thanks to an inspiring performance by Tumi Sekhukhune, giving the two teams with victories a strong start to the three-day spectacle that runs till Monday.

In the opening game of the competition, which was reduced to 12 overs per side due to rain, Dinesha Devnarain’s Coronation was up against the Claire Terblanche-led Starlights, who were asked to bowl first after losing the toss.

Laura Wolvaardt (20 off 28 balls) helped her side to a strong start following the loss of two early wickets, but Sekhukhune’s miserly bowling in the middle overs proved telling.

The seamer picked up an outstanding two for six in two overs to maintain control, and despite Chloe Tryon’s unbeaten 24 off 15 balls, Starlights fell six runs short and to an opening defeat.

In the second match of the day, Duchesses were nine-wicket winners over Thistles via the Duckworth-Lewis Method.

Luus, who picked up two for 24, then blazed 49 off 31 balls in her unbeaten second-wicket stand with Tucker, before rain arrived with the Duchesses ahead of the game.