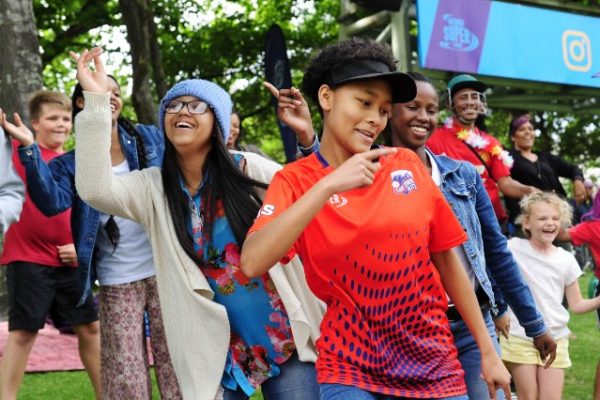 More than 5200 spectators rocked up to the Cape Derby between the Cape Town Blitz and Paarl Rocks on Sunday morning, which created an atmosphere that proves why the Western Cape houses the most passionate fans in the country.

The spectators were treated to a nail-biting finish as Paarl Rocks claimed a narrow 2-run victory, with the game going down to the last ball.

“We are obviously disappointed with the loss [against Paarl Rocks] because we really wanted to give the fans who came out in their numbers a good win,” Cape Town Blitz captain, Quinton de Kock said.

“On behalf of the team, I want to thank the BlitzBrigade for turning up, the atmosphere from even when we were warming up was amazing, right until the last ball of the game. I’ve played at Newlands many times and the Cape Town crowd is one of the most passionate in the country and it’s fantastic to see how they have embraced the new Cape Town Blitz brand.”

“We had over 5,000 people at the ground yesterday and I’m hoping now that we are coming to the end of the work year, Universities and schools are starting to wrap up, that we can pack out Newlands for our remaining 3 home games over the next couple of weeks,” he added.

As the competition enters the business end, Cape Town Blitz remain in the running.

“In an effort to make the competition accessible to all cricket lovers, we have taken the step to ensure the magic of the Mzansi Super League is affordable to all,” Cape Town Blitz CEO Nabeal Dien noted.

“We have noted the trend of ticket sales during the MSL, both this year and last. As families are looking to fill school holiday time up with affordable activities, we have decided to make all tickets for all remaining Cape Town Blitz home games of the league phase of the competition R30 per ticket, regardless if it’s a seated ticket or in the grass embankment,” Brooke said.

“We want families to attend and enjoy some of the best cricket in South Africa. We also call on corporates to come to Newlands for their year-end functions,” he added.

The Cape Town Blitz hosts Durban Heat on Thursday, 28 November at 17:30 before taking on the Tshwane Spartans on Sunday, 1 December at 14:00. Their final home match is against the Nelson Mandela Bay Giants on Friday, 6 December at 17:30.